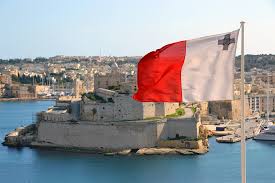 Malta’s Everleaf Gaming has now seen a second director arrested, while Maltese authorities have pledged to pay back US players. (Image: flickr)

A second director of Everleaf Gaming, Jean Pavili, has been arrested and charged in connection with the rogue poker network that closed in 2012 , taking with it hundreds of thousands of dollars in US players’ funds.

Austrian national Pavili was seized by police in Malta at the end of last week. Pavili was charged with the misappropriation of €800,000 of his former customers’ money and failing to pay €100,000 ($124,000) in licensing fees to the Maltese regulator.

He was released on bail after forfeiting €900,000 ($1.1 million) in assets. Fellow Everleaf director Michael Zwi Oros was arrested in September and is facing similar charges.

Regulated in Malta, it opted to continue offering games to US players post-Black Friday, but while some offshore “illegal” operators gained significant liquidity from the vacuum left by the sudden departure of PokerStars et al, Everleaf failed to gain much traction in terms of player numbers.

Late in 2011, the Department of Justice (DoJ) sent Everleaf a cease-and-desist notice, which the company ignored, while the feds also intercepted $27,000 of its bank wire transfers which happened to be in transit at the time.

Despite its precarious situation, Everleaf continued to take American deposits for a further four months, before suddenly getting cold feet and closing its doors to the US in February 2012. As well as banning US players, Everleaf also imposed a $750 per week withdrawal limit on rest-of-the-world players, presumably to prevent capital flight.

Initial assurances of a “remissions process,” à la Full Tilt, soon fizzled out. Instead, US players were presented with a Catch-22 situation comprising three options. In order to retrieve their funds, they would have to: open a non-US Neteller account, a non-US Moneybookers account, or a non-US bank account.

Of course, all three scenarios involved US customers traveling to, and possibly even taking up residence, in another country. Because Everleaf was a small network made up of lesser-known skins, the funds in the account of the average player would not be worth the trip, as the directors must have known only too well. However, all those accounts add up.

Initially, much anger was directed at the Maltese Lotteries and Gaming Commission (LGC) which was responsible for regulating Everleaf. Malta is an EU member state, and at the time, a licensing jurisdiction that was whitelisted by the UK government, and as such this should not have been allowed to happen on its watch.

There was criticism, too, that the regulator failed to act in the aftermath of Everleaf’s closure. The poker site stopped processing US withdrawals in February 2012, but the LGC failed to revoke its license until July that year.

Since his appointment, the LGC’s new boss, Joseph Cuschieri, has taken responsibility for the scandal, which is now making headlines in the Maltese national press. It was Cuschieri who issued the indictments against Pavili and Oros, and he has also promised that the players will have their funds returned to them.

And now that the two Everleaf directors have coughed up, it seems that a remissions process could, at last, be in the cards.