Sebastian Sorensson, a 27-year-old Swede, has a decision to make. Continue working his blue-collar warehouse job, or just quit and play poker for a living after winning €987,043 ($1.2 million) and the 2017 PokerStars Championship Barcelona Main Event. 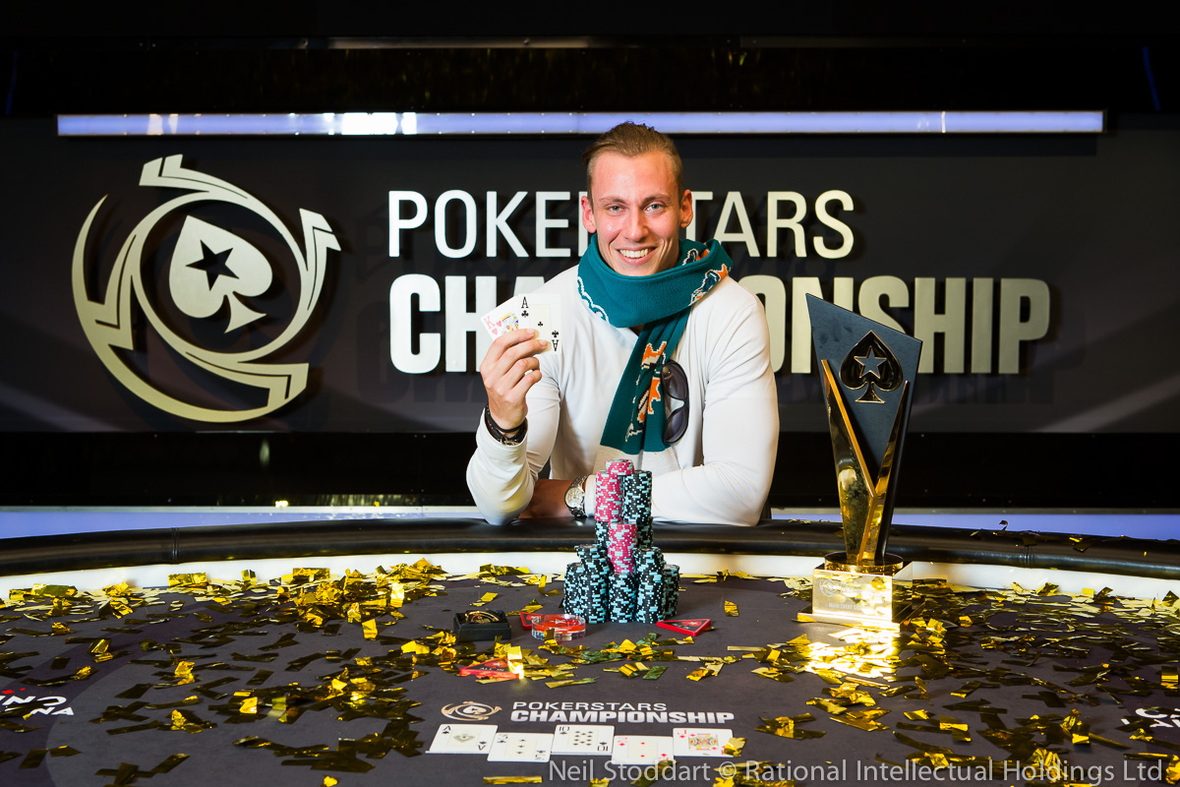 Chris Moneymaker had a similar decision in 2003 after winning the WSOP Main Event for $2.5 million. (Moneymaker was 28 at the time.) Like Sorensson, he earned his way into the tournament by taking down a cheap satellite on PokerStars. The former world champion briefly went back to his accounting job, but quickly realized poker would be more lucrative, if not more satisfying, than counting beans.

Sorensson doesn’t have much experience competing in live tournaments. In fact, this was just his second live event ever, and his first career cash.

Although the players had already agreed to chop, there was still another almost €70,000 ($84,000) to settle when heads-up play for the title began. Sorensson held more than a 4-1 chip advantage over Petkov, but the match lasted nearly three hours.

The final table of six had quite the international flare. Each of the top six finishers hailed from different nations. Countries represented at the final table were Sweden, Bulgaria, Italy, Uruguay, Brazil, and England. Nick Petrangelo, a $9 million career tournament winner, was the highest finishing American player in 19th place.

Blue-Collar Guy on a Heater

When the final table began, Sorensson was only fifth in chips (6.175 million). Only Usman Siddique, the eventual 6th place finisher, had fewer (3.775 million). Sorrentino led the way with 15.475 million.

But it was Sorensson who ran hot on the final day on Sunday. He plowed through the final table almost like a grizzled veteran, even though he was merely a micro-stakes online player with virtually no live tournament experience.

He earned his way into the tournament via a €215 ($260) PokerStars online qualifier. Not a bad return on investment.

But it sure beats working for a living.