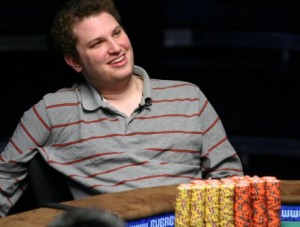 Scott Seiver came in third at the Seminole Hard Rock Poker Open (SHRPO) Super High Roller event, pocketing $50k in the process, despite having spent a large part of the final table arguing that third place should pay nothing.

A spat broke out between Seiver and tournament officials following confusion surrounding the payout structure of the $100k buy-in event; a tournament that had only managed to attract nine players. While the initial structure sheet had stated that three players would be paid, Seiver said that the players were told just before the tournament that, actually, the top two spots would be paid, only to be told at the end of Day 1 that the initial payout structure, paying three, would be adhered to.

Seiver was incensed at the state of affairs, arguing that he and his tablemates had been playing to a dynamic in which two spots were expected be paid and that had affected their decision-making. Many of the players’ decisions are informed in a situation like this by Independent Chip Model (ICM), which, for those who still have a lot of strategy reading to do, is a method of calculating your equity in a tournament by assigning a monetary value to your tournament chips.

Since the payout structure is an integral part of ICM calculations, Seiver is right when he says that messing about with the payout structure of what is essentially an incredibly expensive sit n’ go is a real no-no. Seiver took to Twitter to vent his frustrations branding it “beyond unacceptable,” especially when he had been told that the three-place payout structure was an accident, but the poker manager was “on vacation,” so it couldn’t be corrected.

“Floor @shrpo says previous payouts were an accident and they need to correct it. After day 1 is over and 1/3 of field has busted,” he tweeted, clearly exasperated. “Have fun suing an Indian tribe in a federal court,” replied one Tweeter.

Eventually, however, order was restored and the casino relented, re-establishing the two-man payout structure, but adding an extra $50k for third spot as a gesture of goodwill, which was pretty generous considering that it had to pay a $2.5 million overlay when the Main Event fell short of its guarantee. Justice had been done and the “integrity” of the game preserved.

However, certain cynical players refused to view Seiver’s crusade for integrity in quite such as noble light, pointing out that, as chip leader at the time, he had a vested interest in there being two-payout spots as that increased his equity in the tournament.

“Scott yells at them and they decide to change it to two player payout. Scott has like 550k, everyone else ~100k,” scoffed Ryan Fee.

i generally like Scott, a bit pompous but good dude

Not saying he was in the right totally, but alot of other people would have acted exactly the same. If there is a edge to be found they will take it like all top poker players, at least 99% of them anyway. It is just funny that he would not have even got the 50K if they had gone by his thinking.