South Florida’s Seminole Hard Rock Hotel & Casino wrapped its latest 22-event festival in the early morning hours of Thursday. The stop, which saw 17 players cash for $100K or more, culminated with the $3,500 WPT Poker Showdown Championship and ended with a prolonged heads-up duel between a rising star and a former WPT Player of the Year. 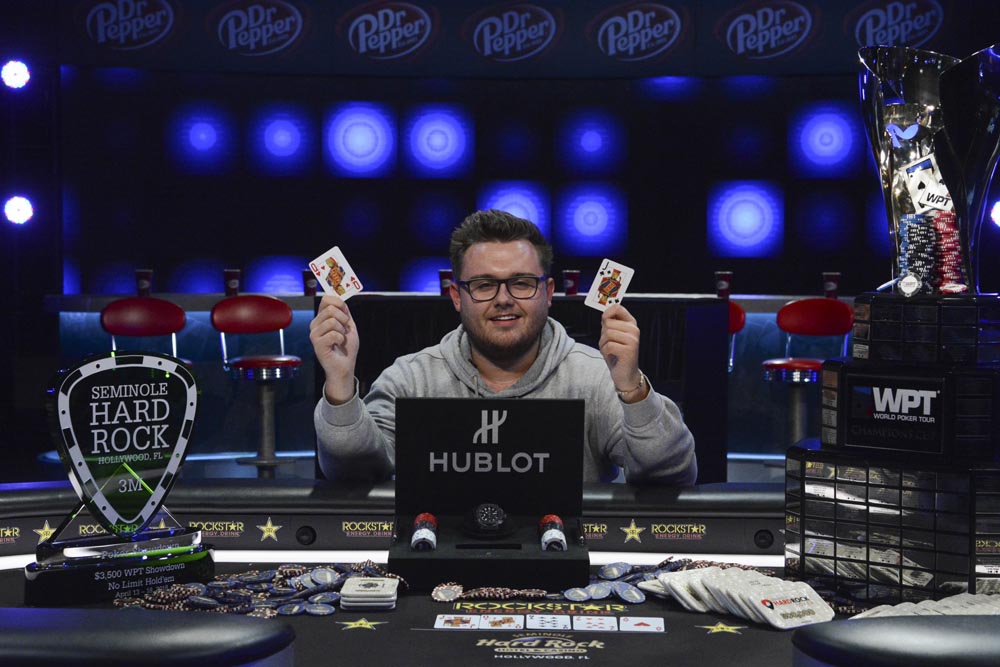 The Main Event, which was filmed for television and will air in the future, attracted 1,309 entries, which surpassed the $3 million guarantee by creating a $4,188,800 prize pool. That meant a $696,740 payday awaited the winner, and that man was 25-year-old UK online pro Scott Margereson.

It wasn’t an easy road to victory for Margereson, who had to defeat a final table that included Iowa’s Jeff Fielder, Charity Series of Poker founder Matt Stout, and World Series of Poker bracelet winner Brian Hastings.

As for Fielder, he was looking to become the first player to win both a WPTDeepStacks title and a WPT Main Tour title. Unfortunately for him, he was the first to bust on Hand  No. 45 of the final table.

Margereson waited 45 seconds before moving all in and Fielder snap-called off with the 5♣4♣ for a runner-runner flush. It wasn’t good however as Margereson had flopped a full house with the 4♥4♦. Fielder earned $144,775 for his sixth-place finish. 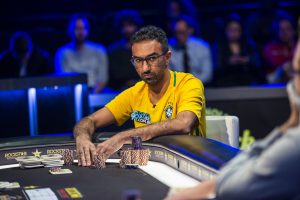 Jaka got it in good but he fell behind when the Q♦J♥9♣ flop delivered Margereson two pair. The 7♥ turn left Jaka looking for a ten on the river, but it wasn’t in the cards as the A♥ peeled off instead.

“I don’t think I adjust anything at all,” Margereson told WPT officials after the win. “I just play the spot as close to as optimal as possible. I honestly go hand-by-hand, I’m very robotic, even online.”

The 2018 WPT Poker Showdown marked the fifth largest Championship in WPT history. That puts the Seminole Hard Rock first (1,795 entries in 2014), second (1,476 entries in 2015) and fifth on the WPT’s all-time attendance list.

Season XVI of the WPT will close out with back-to-back tournaments in Vegas. The first is the WPT Bellagio Elite Poker Championship, which will be followed by the WPT Bobby Baldwin Classic at Aria.