The World Series of Poker Online Super Circuit ended in style following the conclusion of the $1,000 Main Event. 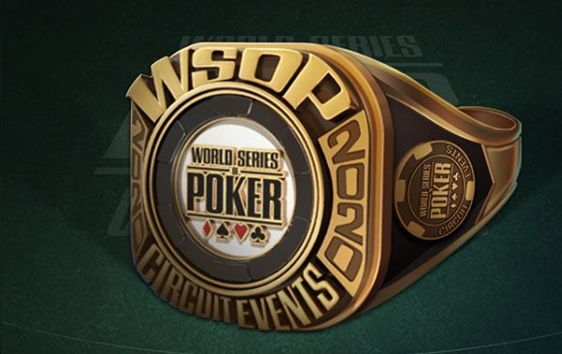 Taking place on GGPoker, the WSOP’s first online Circuit event has been a success by all measures. Going off without a hitch, the series broke numerous guarantees and crowned 18 players as new WSOP champions. The last name on that list is schimmelgodx, the German grinder who emerged victorious from the Main Event to win $1.2 million.


Multiple starting flights spread out across the series meant 9,779 players had a shot at glory in the online series’ final event. By the start of Sunday’s Day 2, however, just 1,494 of those hopefuls remained. Of those players, only 1,196 would earn a return on their investment, and it didn’t take long for the bubble to burst.

In a whirlwind opening, the field was cut to 800 in just 30 minutes of play. It only took another two hours to push that number down to 200.

Caught up in the early glut of eliminations was event ambassador Boris Becker. The former tennis pro partnered with GGPoker ahead of the $100 million series and took a seat in the Main Event as part of his deal with the online poker site.

After surviving Day 1, Becker made it to the midway point of Day 2 before cashing out for $4,939. Although Becker fell short, fellow German schimmelgodx wasn’t to be denied. Sitting tight for much of the final table, the online player almost ran out of steam with three players left.

A lucky river put Biereux in control and schimmelgodx on his backfoot. With only 17 million chips and the blinds at 3 million/6 million, schimmelgodx was all but done. However, two successive double-ups and a dose of luck got the German’s stack back up to 84 million. This gave schimmelgodx enough momentum to eliminate Igutu and turn the tide.

Comeback King Gets It Done

Heads-up play started with Biereux out in front, but things quickly swung in schimmelgodx’s favor. With the lead secured, it was all one-way traffic.

The pivotal moment in the match came after an hour’s worth of heads-up play. Both players made two-pair with the board showing A♣ T♣ 7♦ K♣ 5♦. Biereux was strong with K♠ 7♠ but schimmelgodx was stronger with K♥ T♥.

With the writing on the wall, schimmelgodx waited patiently before a little help from the poker gods ended the match.

Biereux moved all-in with Q♣ J♠ on a J♦ 4♥ 6♥ flop. schimmelgodx called with J♣ 4♠ and held onto the lead as the 3♥ and 8♣ completed the board. That hand sent the final pot and WSOP Online Super Circuit Main Event title to schimmelgodx.