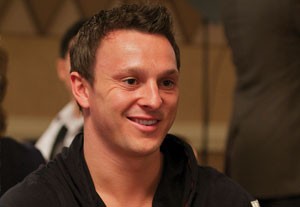 Sam Trickett, one of the leading poker earners of all time, recently became the face of India’s burgeoning online poker industry and one of its native sites, Starpoker.in.

The British Trickett’s success in high profile events such as the WSOP’s Big One for ONE DROP have made him an international star.

He had been with Everest Poker as a brand ambassador, but parted ways with that company in 2015.

Trickett is one of the biggest tournament winners of all time, with more than $20 million in career earnings to date. It’s that reputation that StarPoker will be banking on in the coming months.

As part of the new deal, Trickett will represent StarPoker at a variety of events around the world. He’ll also join the action online, but exactly when and where is yet to be determined.

“I am excited to represent the Indian poker industry’s authentic poker brand and look forward to promoting poker in India alongside the Starpoker.in team and to interacting with our players online as well,” said Trickett.

Before becoming a brand ambassador for StarPoker, Trickett had represented a number of online poker rooms, including Titan and Everest Poker. But his latest appointment will be the first time he’s represented a brand based in an emerging market.

During his time with Titan and Everest, Trickett had the support of brands that already had an established reputation in the iGaming industry.

This time, however, his role will be less about adding strength to the brand and more about helping expose a fledgling platform to the masses.

Away from StarPoker, India has been an emerging market for a long time and, in recent years, a number of players have managed to make a mark on the world stage. Vivek Rajkumar (now based based in the US, but of Indian heritage), Nipun Java, and Aditya Agarwal have all earned in excess of $500,000 in live tournaments and enjoyed success on a world stage.

Although there is still a long way to go before India’s poker market really hits a boom, StarPoker’s deal with Trickett could certainly be the spark ignites more excitement among that country’s poker masses.

StarPoker was launched in October 2015 and is powered by Cyber Gaming Technologies Private Limited.

Besides offering a range of cash games and tournaments, StarPoker claims that it offers a “complete and holistic” approach to online poker, with software that’s been designed to cater to novice players.

The company also says that it places risk management and user data protection among its top priorities.

quick question.
are players outside from india also allowed to play on that website?
thanks