In 2017, Sam Greenwood enjoyed a career year with more than $2.4 million in tournament earnings. The 29-year-old Canadian is close to exceeding that total already for 2018 after taking down the WPT Amsterdam High Roller. It was his third 1st place finish of the year, bringing his annual win total to $2,365,986. 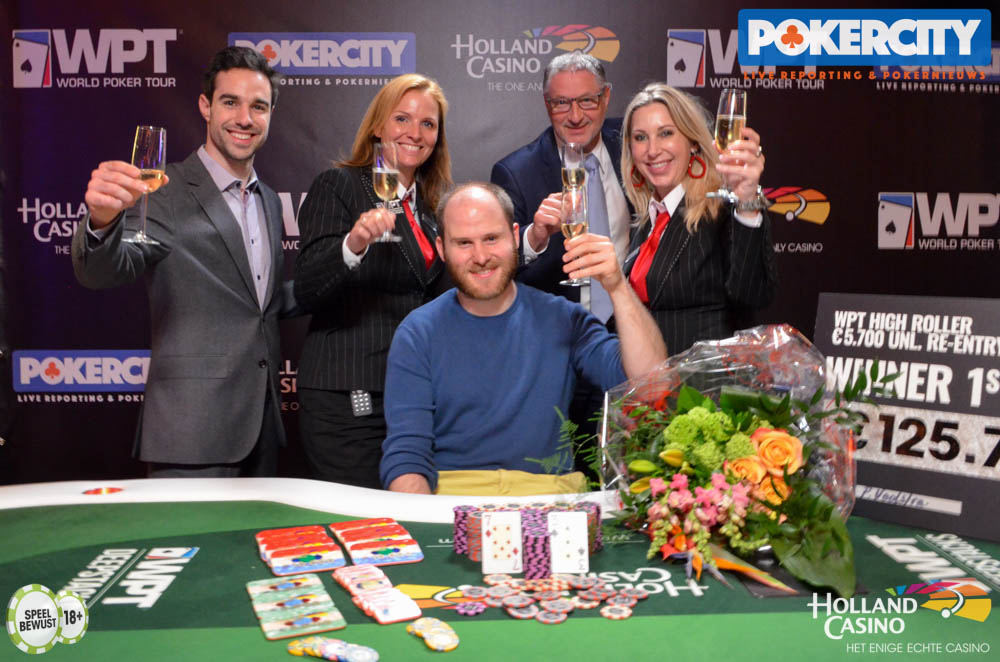 This marks the fourth consecutive year Sam Greenwood has earned more than $2 million playing live poker, and he’s shown no signs of slowing down. (Image: pokercity.nl)

The WPT Amsterdam High Roller, which cost €6,000 to enter, attracted 65 entries who generated a prize pool of €359,385 ($444,767). Greenwood began the final table as chip leader but he faced some tough competition including 2013 World Series of Poker Main Event champ Ryan Riess, who not long ago won his own WPT title.

In the next level, Greenwood dispatched another tough competitor in 2016 Super High Roller Bowl champ Rainer Kempe. It happened when Kempe moved all in holding the A♠8♠ and Greenwood called with the 2♠2♣. It was a flip but Greenwood’s ducks held strong as the board ran out 4♠9♦10♦J♥5♥. Kempe added €24,260 ($30,024) for finishing in fifth place.

Greenwood began heads-up play with a decent chip lead over Clyde Tjauw Foe, who managed a couple double ups. Despite those, Greenwood, who was patiently grinding while watching a baseball game on his tablet, managed to close it out in Level 25 (15,000/30,000/4,000).

“Heads-up I made a lot of really strong hands. Even on the final hand if I had seven-nine and he had seven-three the money goes in,” Greenwood said after the final hand.

“I’m definitely going to come back to Amsterdam at some point. I don’t know if it’ll be for poker or vacation … every time I can make it to Amsterdam and it fits within my schedule I’d love to make it.”