Ryan Laplante is a poker master. We already knew that though, long before the CardsChat ambassador pocketed $186,000 for taking down the $10,000 Pot-Limit Omaha event at the 2019 Poker Masters on Wednesday. 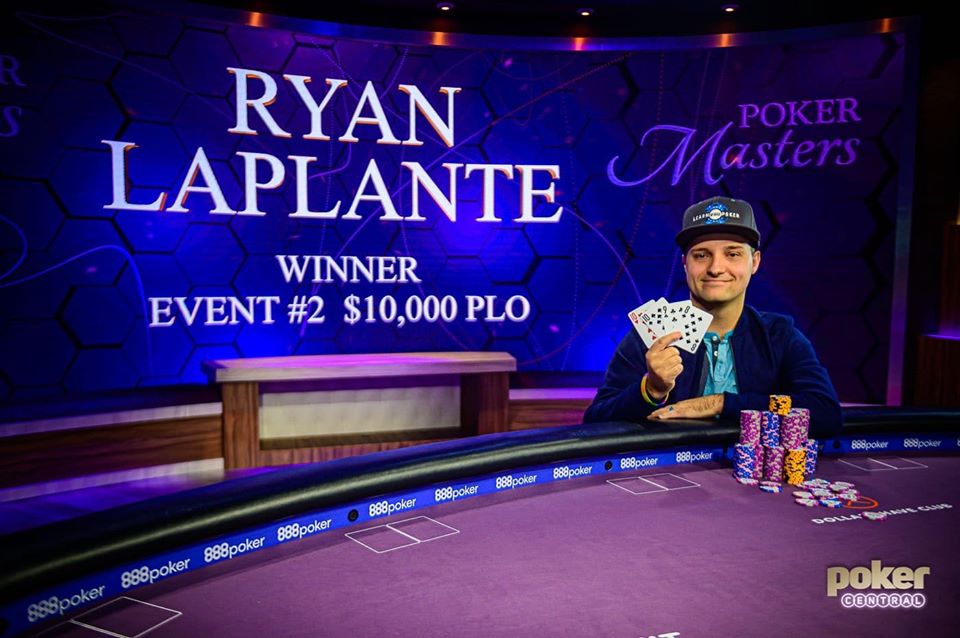 Chance Kornuth came in second place for the second straight day, earning $124,000. He finished in the same slot on Wednesday in the $10,000 No-Limit Hold ’em tournament at the PokerGo studio in Las Vegas. That one paid him $164,900 after he lost to Issac Baron in heads-up play. The poker pro, and Chip Leader Coaching founder, just might be the favorite to win the coveted Purple Jacket awarded to the overall Poker Masters series champion.

There aren’t many players better to learn PLO from than Phil “OMGClayAiken” Galfond. Prior to Wednesday’s final table, Laplante studied the master.

Studying for my PLO FT by watching @PhilGalfond review a WCOOP PLO FT.

I strongly believe that if you want to play PLO at a high level that watching Phil's @RunItOncePoker videos is the easiest and 1 of the best ways to learn.

Learning from Galfond turned out to be a smart decision, as he is arguably the greatest PLO player ever. He is the Michael Jordan of Pot-Limit Omaha.

On Day 2, Laplante put on a clinic at the final table. The Learn Pro Poker training site founder pulled off a crucial bluff in a hand against Kornuth during heads-up play that helped propel him to victory. Laplante fired out a 1.9-million chip bluff with nine-high on a board that read 5-5-K-10-J. Chance, who had trips, folded his hand, and Laplante took down a crucial pot of more than 3.3 million chips.

Kornuth never bounced back and was eventually eliminated in second place when his opponent, who held a pair of 10’s, nailed the 3-10-3 flop, dominating Chance’s two queens in the hole.

The victory gave Laplante, a 2016 WSOP bracelet winner, his first Poker Masters title. He now has nearly $2.4 million in tournament cashes. Shortly after winning the PLO event, Laplante entered the $10,000 Short Deck tournament in hopes of going back-to-back at the 2019 Poker Masters. We’ll be following his progress in that event as well.