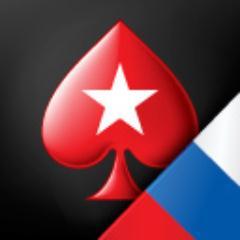 PokerStars was one of more than 50 gambling and non-gambling websites that were blacklisted this weekend, causing worry among both Russian and worldwide gamblers alike. (Image: PokerStars Russia Twitter)

Could Russia be any more in the news than it already has been? As if Putin’s claims on Crimea and Ukraine weren’t enough, Russia’s Internet Service Providers (ISPs) blacklisted and blocked numerous major and minor poker websites over the weekend, including kingpin site PokerStars. With millions of Russian online players affected – and thus Internet poker games around the world – the impact of this latest move will be felt far and wide.

Apparently, the move is in reaction to an already-on-the-books ruling from Russia’s Supreme Court that dates back to late 2012, in which the court deemed ISPs as obligated to block illegal gambling sites throughout the country. In a move eerily reminiscent of the United State’s own sudden Black Friday lockdown on April 15, 2011, enforcement of that ruling has lagged behind until this weekend when the massive lockdown took place, affecting well over 50 online poker, general gambling and non-gambling websites alike.

Besides PokerStars, other key sites including sports betting sites were blocked; in that list were major players such as SportingBet and Ladbrokes.

Amidst the confusion, it was somewhat unclear how deep the block would affect actual play. With Unibet’s login script actually keeping players off the site, there was word that it was, in fact, technical snafus and not the ISPs per se that were preventing player access, even though the gaming websites themselves were blocked. Major ISPs including Dom.ru, MTS and Rostelecom were the primary blockers, but Dom.ru’s issues were reportedly attributed as much to the technical problems from a gambling access perspective. Reportedly players were still able to use PokerStars and Full Tilt, but fears abound that the Russian feds will move in and lock down poker room software access shortly.

PokerStars responded to alarmed players with this message:

“Thank you for contacting PokerStars, and for expressing your concern.

We are aware of the recent situation in Russia. At this time we do not believe this changes our ability to offer services to Russian players. As such our operations continue as usual.


We operate under several licenses issued to us in various jurisdictions and we always abide by all relevant laws and regulations.


We will communicate all necessary information to our players should changes take place in any jurisdiction which might affect players directly. We can assure you that your funds are always safe with us and that they will be made accessible to you should you ever want to withdraw them.


Our terms and conditions make it clear that our services are not for use in jurisdictions where it is illegal to do so, but the measures taken by Roskomnadzor [register of blocked sites], and the resulting action with the Common Registry of Banned Websites that prevents access to our PokerStars.COM website, does not affect ability to continue playing at PokerStars.


We trust this alleviates your concerns, and thank you for choosing PokerStars.”


How this will all play out remains to be seen, although obviously it is worrisome to not only Russian online poker players, but those who gamble with them online around the world.

My drill instructor told me they were trouble, when I was in the Marine Corps back in 1958. lol