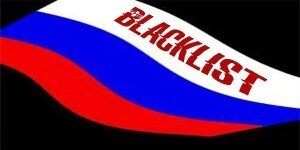 Russia is stepping up its efforts to block access to websites on its so-called blacklist, and that includes major gaming networks like PokerStars. (Image: gamingzion.com)

Russia announced this week it will seek ways to prevent anonymous Internet surfing in order to close off citizens from accessing websites entered on its federal blacklist.

The Federal Service for Supervision of Communications, Information Technology and Mass Media, commonly referred to as Roskomnadzor, is responsible for maintaining the government blacklist and identifying sites that do not comply with federal decree.

Once on the blacklist, Internet operators are prohibited from providing the site to its customers. The list was initially designed to protect against illicit content such as child pornography, drug use, and ways to harm oneself.

However, it quickly transformed into protecting and censoring anything Russian Federation leaders deemed to be forbidden. From YouTube to blog sites, a wide array of offenses have landed domain names on the outlawed list. At some point along the way, poker networks including PokerStars were added, making Internet poker inaccessible to the country’s 146 million residents.

The Game Must Go On

While President Vladimir Putin and those in power ban one site after another, dedicated poker fans work around the barrier through Virtual Private Networks (VPN) and Tor anonymity.

By utilizing the free Tor software, users surf the web undercover due to the traffic being sent around the world continuously and encrypted at every step along the way. This makes tracking an IP address using Tor extremely difficult and nearly impossible.

The odds of Roskomnadzor breaking Tor is about as likely as your $5 Spin & Go landing on a $1 million jackpot.

Tor is backed and protected by the leading security hackers in the world who presumably won’t be outsmarted by any government agency. But of course, whatever Roskomnadzor comes up with only put further strain on Internet poker in Russia.

Since Russia doesn’t publish the blacklist in its entirely, it’s unknown exactly when online poker was judged an evil hobby by those in power.

Vladimir Putin vs. The World

United Russia is anything but united with the world, and that especially holds true in regards to the United States. In July of 2014, Putin offered upwards of $110,000 to anyone who could decipher a way to obtain information relating to Tor user activity.

Putin considers Tor to be a radical site, but one of the most notable users of the project software is that of Edward Snowden.

The National Security Agency whistleblower is a wanted man in the US on charges of leaking classified information, but Snowden found asylum in Russia, rather ironic considering Putin’s wishes to maintain a censored Internet to his people.

One key issue Putin has mandated to be blocked is any online “extremist” content relating to Ukraine, including social media posts and tweets.

Putin has gone so far as to threaten those who write or share controversial material with prison time. Amidst the ongoing diplomatic crisis, President Obama confirmed this week that supplying Ukraine with weapons is “one option being considered.”

Supplying the Russian people with an open Internet, however, won’t happen anytime in Putin’s lifetime. The same goes for legalized online poker.

And here I almost got to thinking Russia had advanced to the modern world……..Oh Well…

I don’t know if its good or bad, I hate the way the crazy Russians play, but they make it profitable for me.