Martin Landau, who played Rounders‘ character Mike McDermott’s backer in the cult classic film, has died at the age of 89. According to his publicist Dick Guttman, Landau passed away in Los Angeles on July 15, following “unexpected complications” associated with a hospital visit. 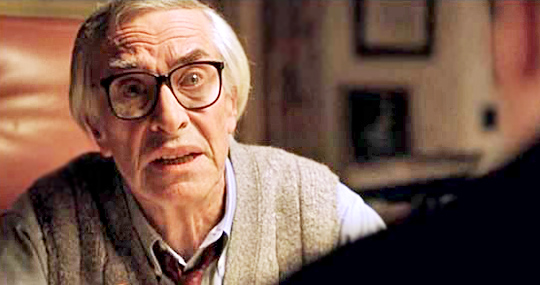 For the general public, Landau was the Oscar winner who portrayed has-been Dracula actor Bela Lugosi in Tim Burton’s Ed Wood. For poker players, however, he will be better known as Abe Petrovsky from Rounders.

With a movie career that spanned more than 50 years, Landau’s passing has generated a wave of memories from some of Hollywood’s biggest stars. Star Trek actor William Shatner offered his condolences to the actor’s family, while comedian Dane Cook shared an enduring memory of Landau with his 3.6 million Twitter followers:

“When I first lived in LA I’d to walk to an IHOP near my place. Martin Landau was always eating breakfast at 9am. A talented soul. #rip,” wrote Cook.

Besides starring in a number of Hollywood movies and TV shows, including the popular series Mission: Impossible, Landau was a member of the famed Actor’s Studio. Less well-known was that Landau had a relationship with Marilyn Monroe before her marriage to playwright Arthur Miller: he walked away because she was  “… incredibly attractive but very difficult,” he told interviewer Tim Teeman in 2012.

Working alongside Matt Damon (Mike McDermott), Landau became a sage-like figure for the movie’s poker prodigy. As well as offering a thoughtful ear and advice on life (such as the idea that “destiny chooses us all”), Professor Petrovsky loaned McDermott $10,000 to play Teddy KGB (played by John Malkovich) heads-up.

This loan eventually helped McDermott avenge his loss to KGB and set him back on the path to poker riches.

On working with Rounders director John Dahl, Landau called him a “wonderful” person who was respectful of actors and “understood his material.” And while he might not have been the biggest star in Rounders, he certainly played a pivotal role in the direction its lead character took.

That famous “destiny chooses us” speech is essentially what sways McDermott away from his career as a lawyer in favor of becoming a poker player. For this, and the fact that Rounders has been cited by many poker players as one of the reasons they took up the game, Landau will always have a place in poker history.