Rob Wazwaz Gets Monkey Off Back, Nabbing MSPT Title After 9 Final Table Appearances

Rob Wazwaz made the final table of the very first MSPT event back in 2009. That tournament took place at Canterbury Park, and on Sunday night things came full circle. After making his record ninth final table, Wazwaz finally broke through to capture his first title at the same venue. 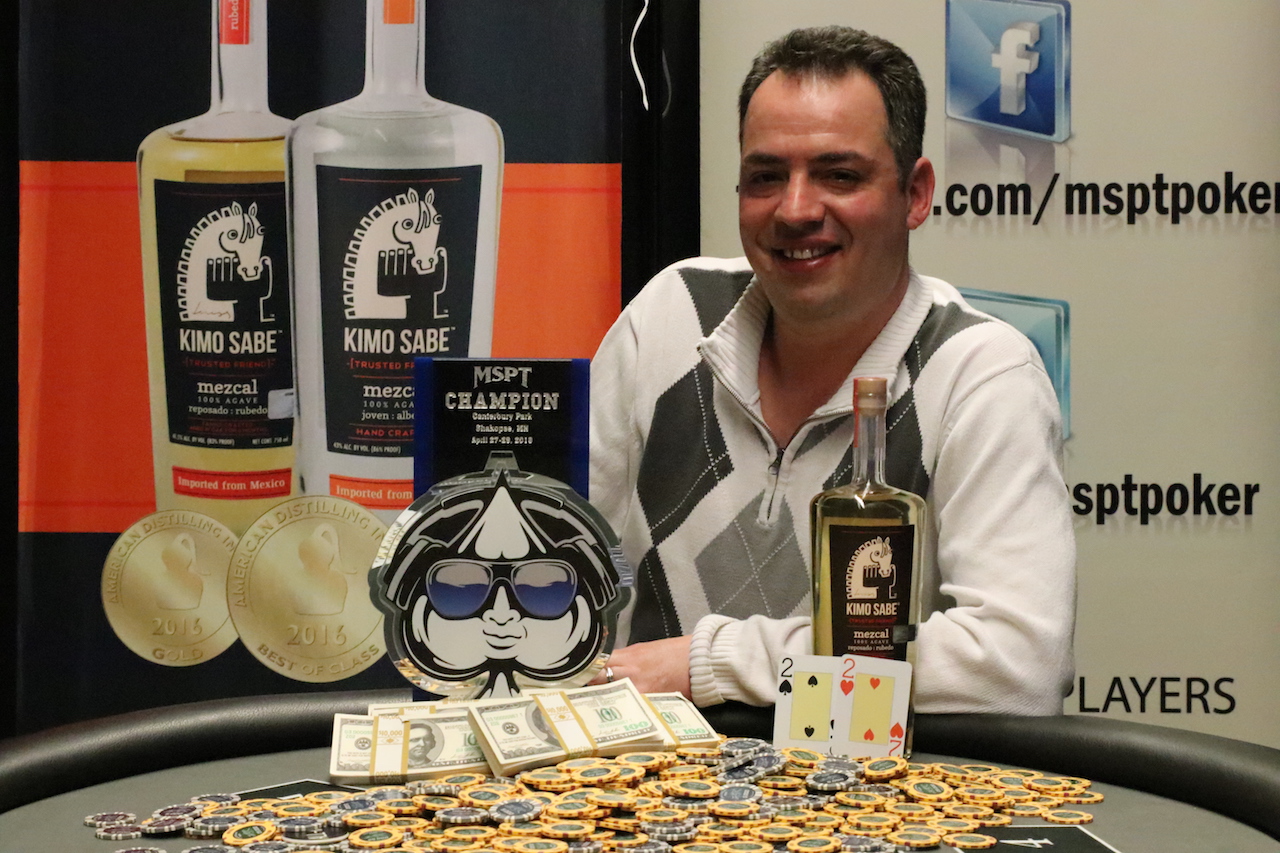 After making nine MSPT final tables, which is more than any other player in tour history, Minnesota’s Rob Wazwaz finally got himself a title. (Image: MSPT)

The second MSPT Season 9 $1,100 Main Event at Canterbury Park drew a record 526 entries making it both the largest MSPT ever held at the venue in 16 stops and largest major poker tournament ($1K+ buy-in) in state history.

Fittingly, the title came down to the 40-year-old Rob Wazwaz and two-time MSPT champ Blake Bohn, two legends in the Minnesota poker community. Wazwaz had previously finished fourth in the same event back in December and took second in a Season 8 stop at Running Aces. Meanwhile, Bohn, who had two runner-up finishes in MSPT events on his poker résumé, was seeking his record-tying third MSPT title.

Heads-up play didn’t last long as Wazwaz began with a huge chip lead. In the final hand of the tournament, Wazwaz moved all in with the 2♣2♥ and Bohn called off with the K♠5♦. The board ran out J♣9♠8♣J♥7♠ and Bohn, already Minnesota’s all-time money leader, finished in second place for $67,203.

“He’s the best,” Wazwaz said of Bohn. “It was akin to defeating a great athlete. In all fairness, I caught way better cards than Blake … obviously I ran really hot.

I really tried hard to win this one because I couldn’t stand that I’d never won an MSPT, I just couldn’t stand it. I had to add it to my résumé, I felt it was incomplete, all the MSPT I had played without winning.”

He continued: “My favorite tournament I’ve ever won is this one right now, best honor ever. Being 0-8 on the MSPT, knowing I didn’t play the ones right back then, that I wasn’t as good back then. I should’ve done better.”

It was just the latest win for Wazwaz, who has nearly $1.3 million in lifetime earnings. Earlier this month, he won Running Aces’ Spring Poker Classic $500 Main Event for $32,268, and last May took down the HPT Chicago for $173,385.

Vang Closing in on Hall of Fame 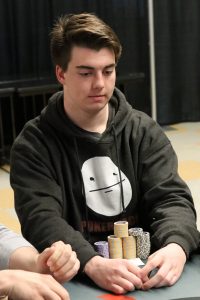 Beginning the final table as chip leader was 18-year-old Peyton Smith, a state chess and hockey champion who is still in high school. Peyton showed great promise but ultimately was downed by Wazwaz.

First, Smith bluffed two streets with ace-king against Wazwaz’s pocket kings, and then a short time later. Wazwaz then finished off Smith with the 5♦5♥ against A♥K♥. The board ran out Q♣7♠J♣9♦8♠ and Smith busted in third place for $48,430.

Season 9 of the MSPT continues this weekend with a $350 Regional Event at Grand Falls Casino, which is situated just outside Sioux Falls, South Dakota.