Outgoing Governor Rick Snyder (R) apparently doesn’t want Michigan residents to play online poker. A week before leaving office, he decided to veto an internet gambling bill that passed the state House and Senate days earlier. And no one seems to know exactly why he made that decision. 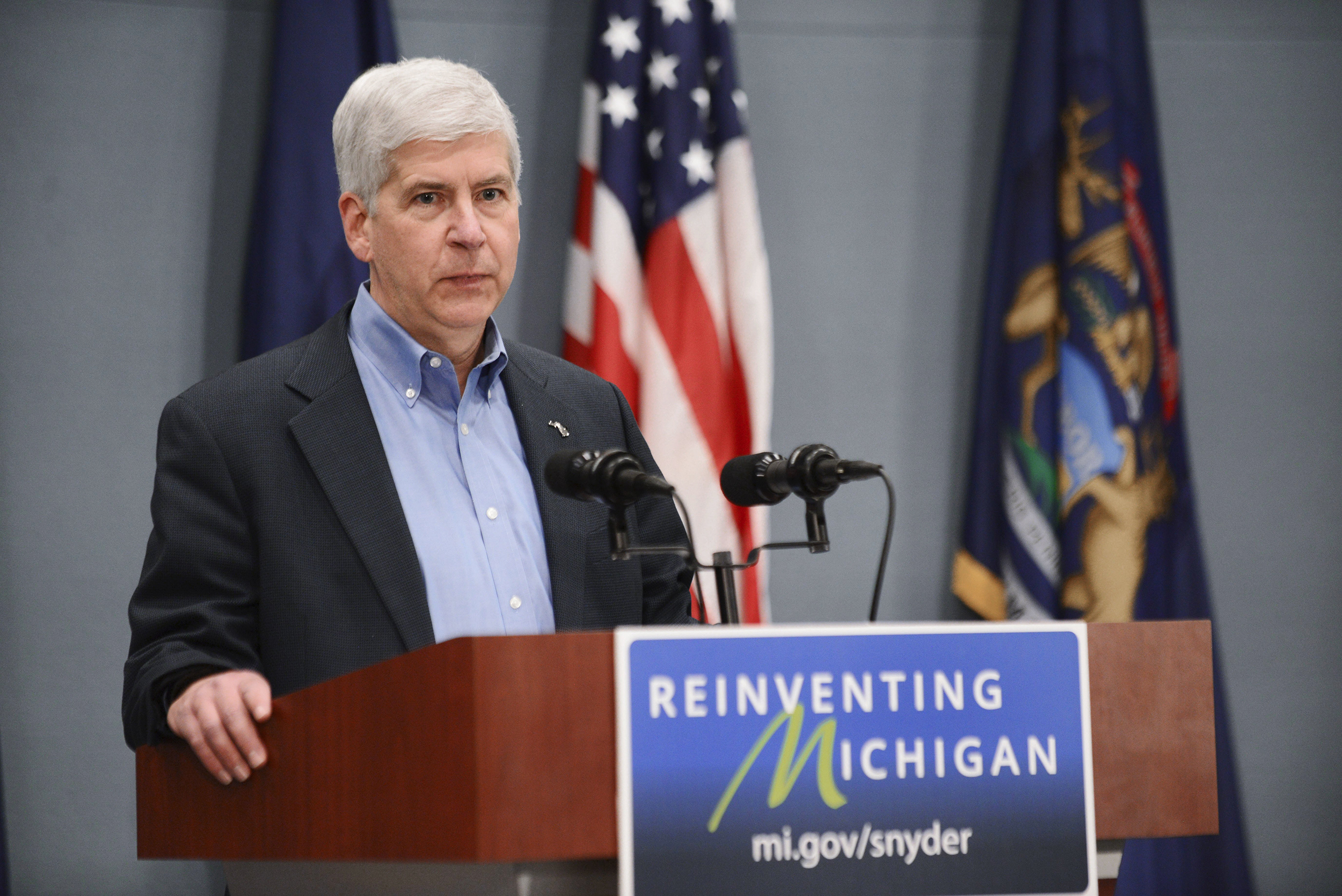 Michigan Governor Rick Snyder used his power to strike down an online poker bill a week before surrendering his post. (Image: NBC News)

What a brutal weekend for Wolverine State locals. The University of Michigan football team was annihilated by the Florida Gators 41-15 in the Chick-Fil-A Peach Bowl. A day prior, the governor put a dagger in the hearts of the poker community.

But the governor had other plans. Snyder, who is finishing up his second and final term, received 400 bills a week before leaving office. He chose to veto 40 of them, including the bipartisan online gambling measure.

In a one-page letter to the Michigan House and Senate, the governor explained his decision to veto HB 4926. He claims that “revenues may be lost as gambling behavior shifts from on-premise to online.” Poker vlogger Andrew Neeme shot down that argument.

Apparently @onetoughnerd is worried that regulated and licensed online gambling would encroach on lottery profits, while generally expanding gambling.

It took me all of 5 minutes, when I was in MI for the holidays, to deposit and play poker for real money on an unregulated site. https://t.co/jUsGghrOXw

“I am concerned that the bills will encourage gambling by making it much easier to do so,” Snyder writes. “I do not think it is appropriate to sign legislation that will effectively result in more gambling.”

House Bill 4926 isn’t legally dead, yet. Snyder’s veto was certainly a soul-crusher to the Michigan poker community. But there is still hope that it will again pass during the 2019 legislative session. And maybe the incoming governor, Gretchen Whitmer (Democrat), will autograph the bill.

Rep. Brandt Iden (R-61st District), sponsor for HB 4926, told Online Poker Report that he’s disappointed the governor vetoed his bill. He argues that “anyone can gamble at any time” in the Great Lakes State.

There are currently 23 tribal casinos and three commercial casinos in Michigan. That means most of the 9.9 million residents already have easy access to gambling.

“This is a new platform for folks to play on,” Iden argues.

Governor Snyder, however, doesn’t see it that way. And his opinion on the issue is, technically, all that matters.

Not familiar with this EX-gov as a person. Color his pic orange & he really looks familiar. He has peed in our “pool”. New bill under a young new gov could be the ticket. Wait & see. Hope the EX-gov made a large illegal bet on the wolverines. 😀