Richard Nixon attempted one of history’s most infamous bluffs when he said, “I am not a crook,” and it turns out that wasn’t the first time he’d attempted a brazen bluff. 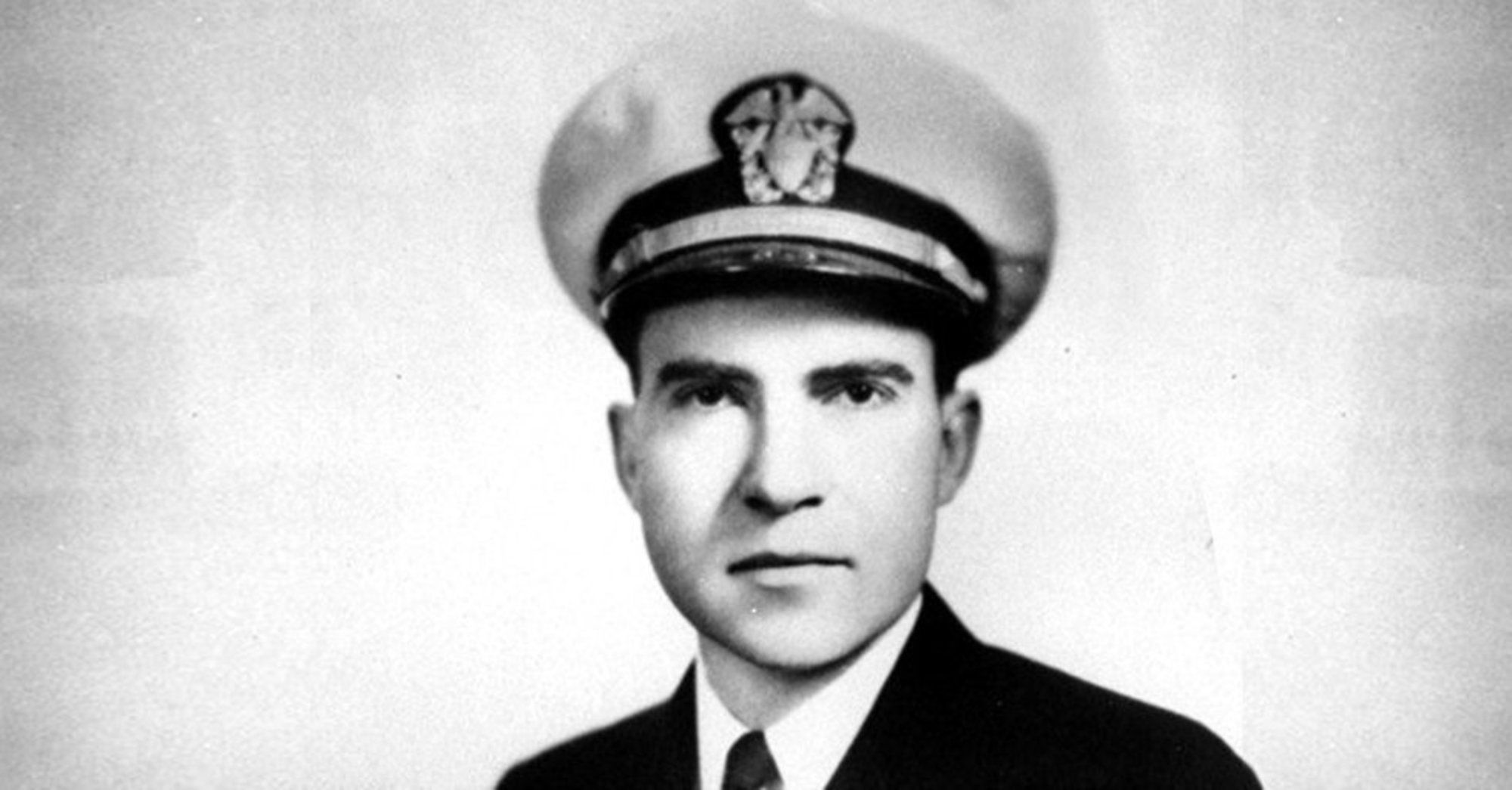 A young Richard Nixon first learned the game of poker as a Navy man in 1943. (Image: History.com)

A recent story from History.com reveals that the former President — who would later resign for his part in the Watergate scandal — was not only a card shark, but he also partially funded his first run for Congress with his considerable poker winnings.

“He was the finest poker player I have ever played against,” said fellow ex-Navy James Udall according to History. “I once saw him bluff a lieutenant commander out of $1,500 with a pair of deuces.”

Another comrade claimed he never once saw Nixon lose.

Nixon’s passion for poker started when he was placed at a US air base in the Solomon Islands in 1943. The game of the day was five-card stud, or five-card draw – Texas Holdem wouldn’t be become popular for another 20 years – and Nixon was fascinated, asking a friend if there was a way to win every time.

While his friend had a laugh at the question, he did reveal a key strategy that the majority of today’s rookie poker players learn early on — play tight. He advised Tricky Dick to fold 80 percent of his hands and stick to premium holdings.

“He studied the game before risking any of his money,” historian Ken Hughes told History, “spending hours and days with the best players he could find, listening to their lectures, learning their moves.”

Nixon was so obsessed with the game that in his memoir, he admitted to passing up a dinner with famed cross-Atlantic flyer Charles Lindbergh because he was too busy splashing chips around.

Nixon wasn’t interested in the social aspect of the game; he wanted to win money. And he apparently did so well at it that that he was able to partially fund his first campaign to run for Congress in California with his poker winnings.

One historian suggests that as much as 20% of his campaign fund came from $8,000 Nixon had won through poker — an amount equivalent to roughly $110,000 today.

There is something about the great game of poker that attracts presidential types.

And while he may not have been the card shark of Nixon’s caliber, Barack Obama reportedly played a bit of poker and also counted a poker chip among his lucky charms.

Bad show! If you’re going to do a history piece, it’s important to get your facts and PHOTOS right. Clearly you have a photo of JFK, not Tricky Dick. Learn your history!

definitely Nixon 🙂 to think so many presidents played but no one bothered to
make it legal everywhere. sad.