Over the weekend, 29-year-old Rich Bai took down the 2017 MSPT Wisconsin State Poker Championship for a career-high $139,086. The event drew a record 701 entries, which surpassed the 677 entries from February’s World Series of Poker Circuit Main Event, to make it the largest major poker tournament ($1,000+ buy-in) ever held in Wisconsin. 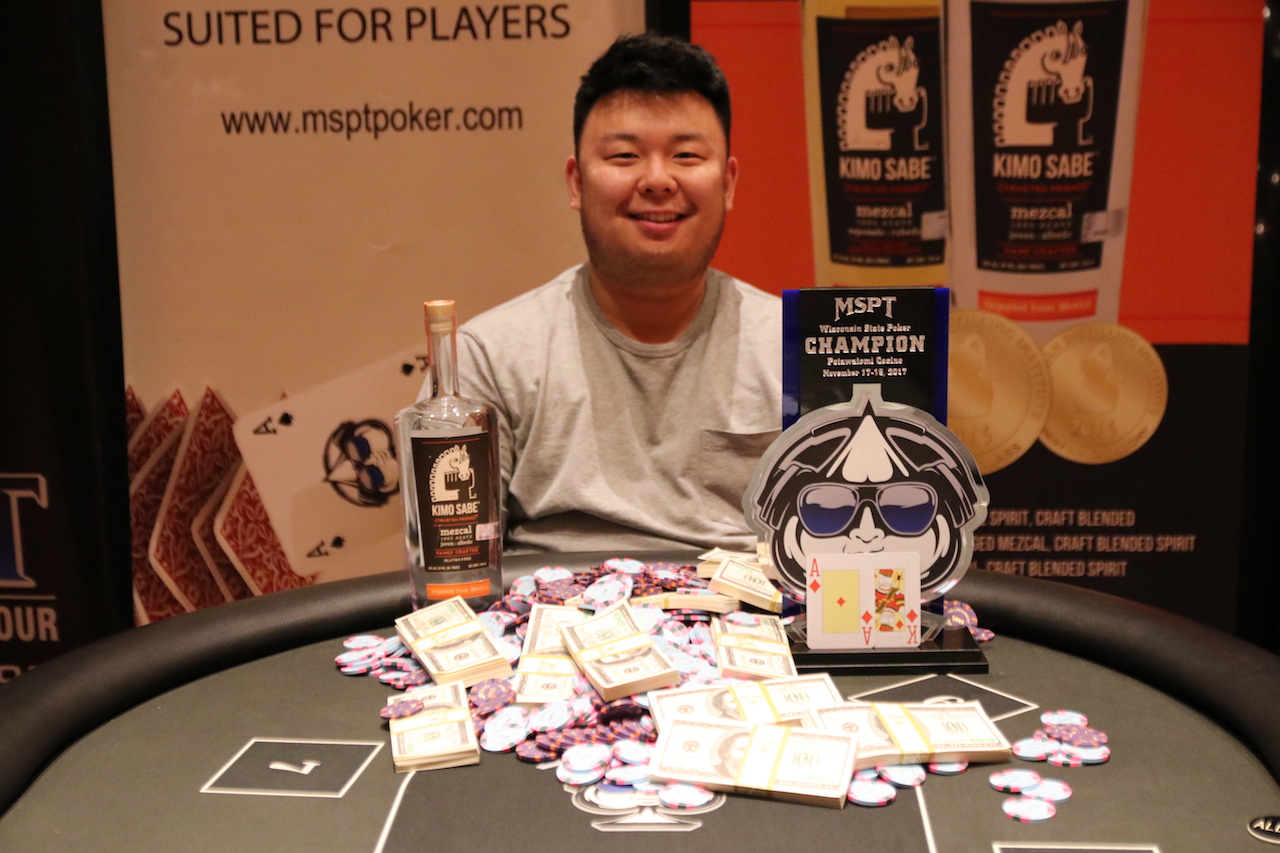 Amazingly, it was the fourth time Rich Bai had made a MSPT final table at Potawatomi, which was hosting the Wisconsin State Poker Championship for the first time. In Season 6, he finished in fourth place for $42,397, and in 2016 he final tabled both events finishing ninth and sixth, respectively. As if that wasn’t impressive enough, Rich Bai is fresh off winning a gold ring at the WSOP Circuit Horseshoe Hammond in an $1,125 NLHE event for $38,919.

“This is cooler than a ring,” Bai said while posing with his new MSPT trophy. “I’ve been running so good lately. Feeling great. It’s nice to final table four times and finally win one. You hear it all the time, but it just rings true, you just win flips and run good when it counts. That’s really it.”

Rich Bai, who says he dabbles in cryptocurrency, began heads-up play down 5 million in chips to David Kowal’s 9 million. He managed to flip the counts by doubling up with pocket aces against jacks. Then in one hand, Bai raised to 225,000 from the button with the A♦K♦. Kowal three-bet to 570,000 with 10♠10♥, Bai popped it to 1.5 million, Kowal shoved for 4.5 million, Bai quickly called, and the race was on.

A flop of 7♥8♦6♦ made things interesting by giving Bai a flush draw. The 9♠ turn improved Kowal to a straight, but then the 10♦ spiked on the river to give Bai a flush and the win.

Local favorite Paul “Big Daddy” Elfelt then jammed for 2 million with Q♥Q♣ in the small blind, Flynn called off for 1.3 million, and Kowal called to put both players at risk. The board ran out 3♥5♦6♣A♠7♠ and the ace on the turn gave Kowal the double elimination.

Season 8 of the MSPT will wrap up next month with the MSPT Canterbury Park. That $1,100 buy-in, $200K GTD season finale will run from December 8-10 in Shakopee, Minnesota, which is minutes south of the Twin Cities.