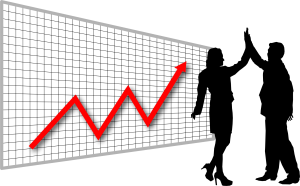 Online poker in New Jersey hit a slight downswing in May but the state’s year-on-year performance remains strong.

According to the official figures released by the New Jersey Division of Gaming Enforcement, May’s online poker revenue hit $2,570,853. Compared to April’s $2,587,845, that total represents a drop of 0.7 percent.

However, despite a month-on-month decline, the Garden State’s operators continued to post year-on-year improvements with that latest revenue haul sitting 33.3 percent higher than May 2015’s $1,928,106 total.

However, while things on the virtual side of New Jersey’s gaming industry were reaching new highs in May, the state’s live casinos didn’t fare so well.

A tough month for Atlantic City’s venues saw year-on-year revenue fall by 2.5 percent; a fact which pulled down New Jersey’s monthly gaming win by 0.6 percent to $219,840,804.

Elsewhere in the US, Delaware posted its best ever month with revenue topping $187,547.

Although poker only contributed $48,552 to the pot, that total was the most the state’s operators have collectively raked since April 2015.

Positive Period for US iGaming

Overall, the latest round of iGaming revenue results demonstrate that even in virtual isolation, the economy is growing.

While it might be a far cry from the lucrative industry many would have hoped for by now, continued improvements certainly indicate things are moving in the right direction.

In fact, with New York online poker bill (S5302) receiving a positive vote by the senate recently, it’s a sign that the tides may be changing.

Although New York is still in limbo with regards to online poker regulation, the bill does appear to be advancing and the odds now appear to be in its favor heading towards the second half of 2016.

If New York were to become the fourth US state to regulate online poker is could cause a domino effect among the other states currently considering their options.

California and Pennsylvania could well decide to settle their internal differences and follow New York into the fray.

While we all know that the regulatory process isn’t as simple as that, there is clear evidence that online poker is starting to gain some momentum within the US and that can’t be a bad thing.