The numbers are in, and they are less than awesome. Despite a wildly positive reception from the poker community, elimination of the November Nine did not translate into significant increases in television ratings for the World Series of Poker. 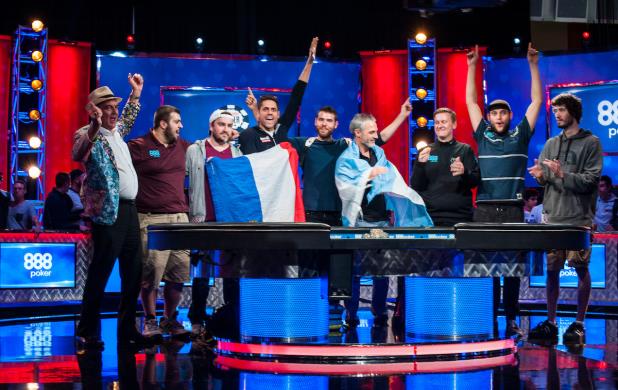 The 2017 WSOP Main Event final table saw a slight increase in average viewership, but still can’t compete with the poker boom era and the early days of the November Nine. (Image: WSOP.com)

Viewership of the 2017 WSOP Main Event final table on ESPN decreased compared to 2016, which already delivered some of the lowest numbers for poker on TV in the post-Moneymaker era.

The numbers for how many watched the final day, seen below, were even less encouraging:

There’s no doubt Black Friday in April 2011 hurt the game of poker. From the chart above, you’ll notice a significant drop in viewership in 2010, and then another downfall following Black Friday. In 2012, the big dip was attributed to competing with a presidential election, which is why the WSOP saw coverage moved a week earlier in 2016.

In that final year of the November Nine concept, an average of 597,000 viewers watched the final table on ESPN on a 30-minute delay from October 30 to November 2. But still, the total number to tune in on the last day was by far the lowest, save 2012.

While in the United States, millions were more focused on the November 8 presidential election, only 256,000 adults in the all-important 18-49 demographic were glued to ESPN in the week prior.

Comparing Poker on TV to Sports

This year, the sports network responsible for bringing poker viewership to the masses saw a slight increase in overall viewership, but a decrease from the younger demographic. Poker can’t compete with the NBA, MLB, and NFL in terms of television ratings. But the card game remains a strong secondary programming option for ESPN, Fox Sports, and other networks.

Summer months are considered a “dead period” for sports television. The NFL and NBA, the two most popular sports in America, are in the offseason.

During the final table week this year on ESPN, the WSOP stood up against Sunday Night Baseball, the O.J. Simpson parole hearing, and the NBA Summer League.

So, there you have it. More sports fans care about poker than O.J. Simpson. At least on ESPN.

ESPN viewership has gone decreased in general. Might have something to do with declining WSOP final numbers.