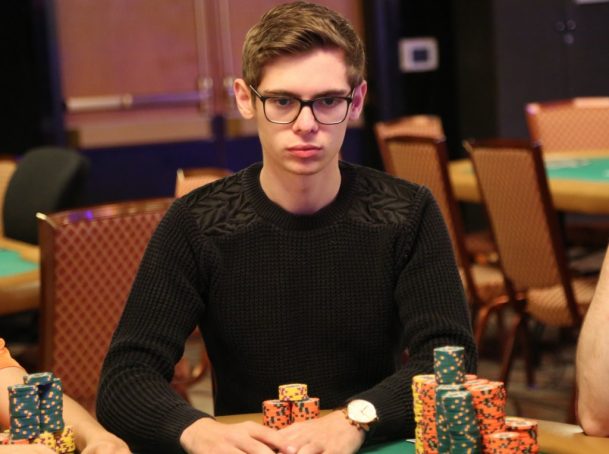 For Holz, seven-figure paydays are about as common as a sunny day in California. Holz is less than a million shy of the $20 million lifetime live tournament winnings mark. He’s now within dollars of catching Sam Trickett for 8th place on the all-time money list. And he’s done that in just a few short years.

Daniel Negreanu tops the chart with just under $33 million. Many have said he will never be caught. But, at this rate, Fedor won’t just catch him, he’ll cruise past Kid Poker and leave him in the dust, possibly before he turns 30.

But there might be one thing getting in his way of chasing Negreanu. Holz recently claimed he has retired from poker. That retirement lasted about one month. He couldn’t refrain from heading to Barcelona to compete against some of the best players in the world. The rest of the field is probably wishing he had stayed home, counting his money.

Holz didn’t beat out a final table full of fish. Some of the best players in the world, including the legendary Erik Seidel, had to be defeated in order to win this event. Seidel busted out in 9th place. He began the final day with the smallest stack, and was unable to do anything much to improve it.

It was Sam Greenwood who finished 2nd. The final hand gave Holz quite a sweat. Greenwood shoved his remaining 3,125,000 chips in pre-flop with 6♥5♥ and was quickly called by Fedor’s A♦K♥.

The K♣9♦7♠ flop gave Holz top pair and his opponent drawing to a gut shot straight. But the 4♣ on the turn gave Greenwood more hope, with an open-ended straight draw. Fortunately, Fedor has a talent for dodging bullets. The Q♦ gave him the hand and the tournament title. Greenwood earned €903,000 ($1,022,105) as a consolation prize.

Summer of the Best

Many consider this to be “The Summer of Mercier”, but Holz’s performance since June may have been the best. It all started right before the WSOP with a 2nd place sweep in the $300,000 buy-in Aria Super High Roller for $3,500,000.

But that wasn’t enough for the German. Fedor’s biggest win ever came in the $111,111 High Roller for One Drop event at the World Series of Poker (WSOP), right before the Main Event started in July. The pro won $4,981,775 in that one. That’s three seven-figure wins in one summer. Not too shabby for a “retired” poker player. Not too shabby at all.

He’s a good player. He has much more to go still. Easily in the Top 5 this year for sure. Played against him a couple times. Had it in good and ahead both times, then he sucked me out on the river.

Maybe I just might run into him at a live table to see if he can pull that off live. 🙂

This youg guy is a real monster , I really love to watch him playing , he has all the time to climb on the top money-list , still young and talented