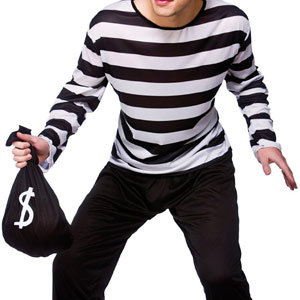 Poker reporter Jay Newnum (not pictured above) was caught stealing chips from a dealer tip box during a tournament and has been found guilty while also choosing to leave the poker business.

A poker reporter who was hired by Foxwoods Resort Casino to live-blog a tournament was arrested after he stole chips from a dealer’s tip box, using a pair of chopsticks! According to media reports, Jay “WhoJedi” Newnum, 41, of Fishers, Indiana was charged with a misdemeanor of fifth-degree larceny by Connecticut State Police after surveillance video revealed he used a pair of Chinese chopsticks to fish out and steal almost $700 worth of poker chips from a poker dealer’s locked plastic tip box. The theft occurred during the Mega Stack Challenge, a $600 buy-in No Limit Texas Hold ’em poker tournament held December 16 at the Indian tribe-owned casino in Mashantucket, Connecticut.

Guilty but not Apologetic

Newnum had been hired by Foxwoods to blog and post video on the Internet in real time about the tournament. He pled guilty to the charge, returned the stolen chips and was accepted into Connecticut’s Accelerated Rehabilitation Disposition (ARD) program, a type of court-ordered probation for first-time non-violent offenders that guarantees no jail time and a clean record if the probation is successfully completed. Later on his website www.whojedi.com, “Star Wars” fanatic Newnum said he was leaving poker but neglected to apologize for the theft.

“First, let me say that it hasn’t been easy to stay silent,” Newnum wrote. “The Foxwoods Mega Stack Challenge ended early in the morning on December 16th. After flying home that same day, I agreed that I would not discuss anything with anyone. I have honored and will continue to honor that commitment, but in light of third-party reports and the subsequent reactions, I wanted to make this limited statement.

“I have spent a decade as part of the poker community, and have truly come to appreciate this game and the family of people in it. That being said, it seems for the best that I step away from the poker world indefinitely. I do want to say thank you to my family and my friends, both inside and outside of poker, who have been incredibly supportive during this time. Finally, even though I won’t be a part of the poker world for now, I’ll still be rooting for the industry to continue to grow, expand, and improve, in all the ways that we know it can.”

Among other media entities, Newnum has covered poker for industry magazines Card Player and Bluff. He likely will not again, nor will any casino touch him (he’s now banned from Foxwoods). And what does this mean for his military background? On his website, Newnum boasted of attending the United States Naval Academy in Annapolis, Maryland. Like all U.S. service academies, cadets must pledge never to “lie, cheat or steal.” How did that turn out again?

Newnum should be out of poker but not because he’s a crook, there are plenty of those in the game. He should be out of the game for stupidity. Every square inch of a casino (sans the bathrooms) is under strict video surveillance by multiple “eye in the sky” video spy cameras. He had to know that. Yet he still thought he could swipe chips out of a tip box with chopsticks and get away with it. That’s dumber than going all-in with 2-7 offsuit.