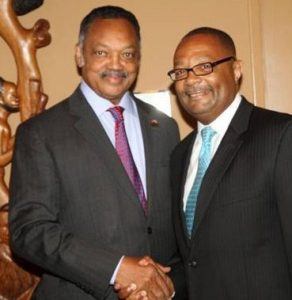 The “bad actor” clause directly targets Amaya Gaming for its acquisition of PokerStars and Full Tilt, two sites that operated illegally in the US from 2006 until 2011. Under Jones-Sawyer’s bill, California-owned-and-operated horse race tracks would also be permitted to offer online cardrooms, clearing another hurdle that previous bills have tripped over.

As it’s not his first rodeo, Jones-Sawyer now has some vision on the process and what he says needed to be done to find greater acceptance.

“The reintroduction of this legislation comes on the heels of a very thoughtful and collaborative discussion process that included substantial input from both the state’s Department of Justice and Gambling Control Commission,” said the assemblyman.

“It is absolutely essential that we have a proper regulatory structure in place that provides safe and compliant Internet poker access.”

However, while the bill seems more appealing to poker players and more palatable to many lawmakers, not everyone is on board, as the Golden State political landscape is as complicated as ever.

While the Poker Players Alliance, Amaya, the San Manuel Band of Mission Indians, and the Morongo Mission Indians will likely be in favor of AB 167, several lawmakers have gone on record saying they won’t vote for any bill free of the aforementioned “bad actor” language.

In addition, the politically stout California Tribal Business Alliance, as well as the Pechanga Band of Luiseno Mission Indians, are understandably concerned with expanding gambling, an industry the Indian tribes in the state have largely monopolized up until now.

AB 9 and AB 167, the two leading propositions on the assembly floor, both seek to bring online poker to the state’s estimated 27 million residents of legal gambling age. But while the two bills have the same goal, the differences are stark.

Let’s take a look at how they differ in their quintessence and what obstacles each bill faces.

Bringing Internet poker to California while excluding PokerStars, the most active cardroom in the world, probably doesn’t make sense. Gatto made amendments to AB 9 last week, saying he is willing to remove the in-person registration process. However, he announced no such change to the “bad actor” clause.

In his press release, Gatto says, “I pride myself in listening.” If that is the case, the Glendale politician might want to lend an ear to New Jersey State Senator Ray Lesniak, who says PokerStars’ arrival in his state is “more important than many people imagine.”

Including Amaya’s PokerStars is a logical step, but the tribal influence in California shouldn’t be underestimated either. Although California cardrooms the Commerce, Hawaiian Gardens, and Bicycle Casinos have joined the Morongo and San Manuel Band of Mission Indians in defending PokerStars, the influence of opposing tribal gaming could be sticking point to bill passage.

Though each bill has its own potential adversaries and champions, both have one thing in common in that they believe Internet poker could greatly benefit California, a state that is currently drowning in debt. Should the two sides find a way to come together and compromise, key parts from AB 9 and AB 167 could bring online poker to the Golden State armed with a calculated and strategic framework.