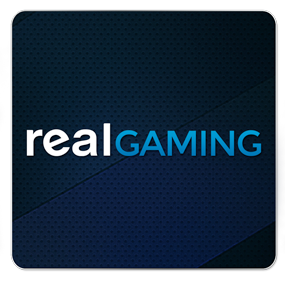 As online gambling continues to spread its influence across the United States, the number of regulated markets still have room to expand. In Nevada, the current roster of sites has rested at two – Station Casinos’ Ultimate Poker and Caesars Interactive’s WSOP.com brands. Now a third site is joining the fray, as Real Gaming does its soft launch in Nevada’s online market.

Gaming for Real in the Silver State

Currently undergoing its initial site testing period with the launch, Real Gaming is backed by the South Point Hotel Casino & Spa. In fact, Real Gaming is a rebrand of SouthPointPoker.com, a free-play poker site launched in 2011 by South Point owner Michael Gaughan. The rebrand happened last year after South Point was approved to offer real-money options.

To set itself apart, Real Gaming has a few distinct differences from Ultimate Gaming and WSOP.com. Players who use Real Gaming will be able to access the tables through their browsers, eliminating the need to download any software. A different type of verification system is also used to keep track of the exact locations from which players are accessing the Real Gaming site.

To engage in real money play, players will need to download a mobile app. When the Real Gaming app – available from Real Gaming’s website – is installed on the player’s iPhone or Android phone, they must then login to the website with a verified account and pick a game from the lobby. After hitting the “SMS” button, the player will be sent a text message. Using the link in the text will launch Real Gaming’s location app. A “Get My Token” button will appear, providing a token that players will use in the game.

Because Real Gaming is undergoing a soft launch, there isn’t a wealth of content for players to participate in at the moment. Full Ring No Limit Texas Hold’em is the only game being offered with seven cash game limits. Sit and Gos are available with two, six and nine seats. Tournaments will be offered but there are no multi-table ones currently scheduled. Real Gaming does have a rewards system in place called “Real Rewards” where players get returns as they play. From Bronze all the way to the Diamond tier, players get higher multipliers with increased return rates as they climb the ranks.

There are four ways to deposit funds into an account. According to the Real Gaming site, an Electronic Check (ACH) is the fastest way to deposit funds. A wire transfer will usually fund an account the same day, whereas mailing a check will take around five days. There is no option to use a credit or debit card to make a deposit at Real Gaming. However, players have the ability to use cash if they make a deposit at South Point’s land-based casino just off the far South Las Vegas Strip. No promotions are on offer at the moment, with Real Gaming’s site claiming that some are on the way, however.

While Real Gaming is in the early stages, its presence does have an added importance – it will bring revenue reporting to Nevada’s online poker market. With only two online poker sites available, the state has not had to report online poker revenue separately from other revenue. At this point, only guesses have been made as to the totals. When a state has three active online rooms, it must report the online revenue and Real Gaming will now make that possible..