Poker pro Raymond Davis is in a Las Vegas jail awaiting trial on nine counts of sex-related crimes involving minors. He denies the allegations, and in an interview that aired last week told a local TV news station that he’s being railroaded in a case riddled with irregularities. 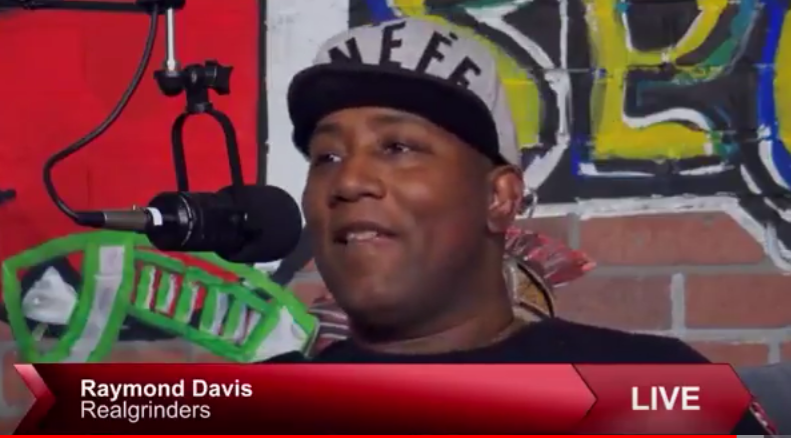 Mid-stakes circuit grinder and generally affable poker pro, Raymond Davis stands accused of some serious crimes that could land him in prison for many years. (Image: 5thstreetsports.com)

Prosecutors allege that multiple incidents of sexual misconduct occurred in 2016 with a female under age 16, and two females under age 14. A warrant was issued in September 2016, but Davis wasn’t arrested until April 2019.

Channel 8 News Now was investigating why it took the Las Vegas Metro Police Department 31 months to arrest a suspect on such serious felony charges, particularly someone like Davis, who kept an active social media presence and visible public profile.

“From day one, it has been total bias against me,” Davis told KLAS-TV investigative reporter, Vanessa Murphy during a jailhouse interview. “If there was an arrest warrant, and I was a danger to the community, why wouldn’t they come and get me?”

Davis went on to say that, because of his “very high profile” and active presence on social media, he would’ve been easy to find.

Davis, 52, faces nine counts of felony sexual offenses against a minor, including sexual assault against a child under 14, and gross lewdness in the first degree. A trial date has been set for Feb. 10, 2020. If convicted, he could spend several years — if not decades — in prison.

Who Is Raymond Davis?

In the KLAS-TV interview, Davis refers to himself as a “world-class poker player.”

He has long been recognizable on the live poker circuit, with $1.6 million in live tournament winnings from 127 cashes going back to 2002.

Davis has several first-place finishes and five-figure paydays in events with buy-ins ranging from $100 to $1,000.

He also founded RealGrinders, a poker community website and Facebook discussion group with more than 19,000 subscribers — and operated the members-only RealGrinders Poker Lounge on Valley View, behind the Rio.

Davis is accused of paying for oral sex on multiple occasions from a minor he met on Facebook. In addition, two friends of the girl, who are also both underage, claim Davis paid them to shower together while he watched and masturbated.

In the 8 News Now interview, Davis admits that he has been to massage parlors and “picked up girls off Craigslist,” but claims he “never” paid for sex with an underage girl. (The age of consent in Nevada is 16.)

This is not Davis’s first run-in with the law on charges related to child exploitation. In 2004, he was arrested on suspicion of sexually assaulting a teenage girl who had Down’s syndrome. Prosecutors ultimately dropped those charges when the alleged victim and her family decided she shouldn’t testify.

Why Arresting Davis Took So Long

According to Murphy’s report, Las Vegas Metro would only confirm there was an ongoing investigation into Davis. While that answer didn’t satisfy the I-team, the sleuths at Poker Fraud Alert got a better explanation in April, shortly after Davis’ arrest.

They, too, were wondering why it would take so long to make an arrest in the case, and spoke to a criminal defense attorney who said the extended timeline was not all that unusual .

“It’s not as uncommon as you think,” Los Angeles-area attorney (and poker player) Eric Bensamochan said in early May on the Druff and Friends podcast. He went on to explain that a warrant being issued starts the clock on any statutes of limitations, but also gives investigators time to seek out other victims, criminal patterns, or matters of crossing state lines that would make it a federal crime.

“It also depends on the nature of the accusations,” Bensamochan said. “If the accusation is that he stood by and pleasured himself but didn’t cause physical harm directly to the minors — maybe, maybe not. Maybe the complaining witness just isn’t credible enough. Or maybe the complaining witness is too young and there’s a fear that [having to testify] would cause more harm and damage.”

Davis was initially arrested in April in the course of a routine traffic stop and warrant check. His bail was set at $25,000 with the condition that he wear an ankle monitor. After enjoying a few days of relative freedom, he was taken back into custody at a subsequent court appearance when the judge raised his bail to $500,000, noting that Davis had three prior felony convictions, and was engaging in inappropriate courtroom behavior while attempting to serve as his own attorney.

You are a piece shit, chronic liar, you are an idiot who thinks he is king , but you are not you are evil taking advantage of poor minor females and thinking you are 😎 but your not.
Napkin MAN CRY 👶 IN COURT, LOSER

I was his neighbor, for a year straight all I seen was little girls under 16 spending nights at a time , I had suspicions, and law enforcement did nothing after I reached out several times , he had my 15 year old sister at his house , too many times , and I had to confront him myself, and I started investigating him.