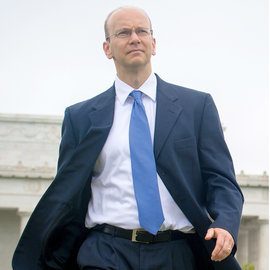 The Restoration of America’s Wire Act (RAWA) received its first true hearing in Congress on Wednesday, as the House Judiciary Subcommittee on Crime, Terrorism, Homeland Security, and Investigations listened to testimony from five witnesses with some rather different opinions on what should be done about online gambling in the United States.

In the original witness list that was posted for the RAWA hearings earlier this month, it was clear that there was a strong bias towards anti-Internet gambling voices.

That was still apparent at Wednesday’s hearing, though not as overwhelmingly: three of the five witnesses weren’t just against online gambling, but were largely opposed to gambling in general.

The Poker Players Alliance (PPA) posted this PlayNJ.com “Myths and Facts”  infographic on their feed of the subcommittee hearing, in an effort to counteract some of the anti-online rhetoric that proliferated at the gathering. (Image: playNJ.com)

“Internet gambling places real-time gambling on every cell phone, at every school desk, at every work desk, and in every living room,” said John Kindt, a professor emeritus of Business Administration at the University of Illinois School of Law, and a long-time critic of online gambling. “With ease people can ‘click your phone, lose your home’ or ‘click your mouse, lose your house.”

Kindt’s testimony was filled with these clichés about online gambling, including one he quoted from a 20-year-old article that referred to gambling as the “killer app” of the Internet. He also argued for even stronger provisions that are not currently present in RAWA.

“At the time [of its passage], there was concern about a UIGEA fantasy sports loophole which has since been dangerously exploited by disreputable organizations and should be closed,” he said.

Another anti-gambling voice was that of Les Bernal, national director of the Stop Predatory Gambling Foundation.

Bernal, who has also argued against government-sponsored lotteries and land-based casinos, took time to try to argue against two common arguments in favor of online gambling: that it is a states’ rights issue, and that a failure to regulate online gambling would just send people to unregulated sites instead.

“If not the federal government, who will step in to protect the rights of individuals against these practices by an active, predatory state?” Bernal asked, saying that America should consider “no taxation by exploitation” as a principle alongside “no taxation without representation.”

Asked his views specifically on online poker vs. gambling in general, Bernal said that Internet poker was “a sliver of the whole business” and that it was “a tiny amount of [states’] business model…People have that association with cards, but it’s a very minor piece of this,” Bernal claimed.

Bernal went on to say that government had previously succeeded in prohibiting gambling before allowing it (though he was talking about land-based casinos at the time), and added that regulation wouldn’t stop illegal gambling.

“If the illegal online gambling operators supposedly cannot be controlled, how can you control and regulate the ones you license?” he asked.

There was also testimony in favor of RAWA from Michael Fagan of the Washington University School of Law. He argued that the Department of Justice’s Office of Legal Counsel (OLC) had a pro-gambling agenda in mind when they reinterpreted the Wire Act in 2011.

“The OLC memo seemingly is the product of someone trying to find a reason to allow online gambling’s expansion rather than to discern and implement Congress’ sensible and comprehensive scheme from 1961 to preclude organized crime from all types of illegal gambling-generated funds, not just funds generated from illegal sports bookmaking,” he said.

Two other witnesses, however, seemed to have a more favorable view of online gambling, raising questions about RAWA in the process.

Originally, the only pro-regulation witness was scheduled to be Parry Aftab, executive director of Wired Safety. Aftab spoke to the measures that online gambling sites take to protect consumers and prevent children from playing, and said that strict regulation would ensure these standards stay high.

“Unfortunately, HR 707 and similar efforts would do precisely the opposite,” Aftab said. “The risks to our seniors, our kids, our security and our privacy would be increased by such measures. The stakes are too high to take such risks.”

Moylan Argues That RAWA is “Problematic” for States’ Rights

Perhaps the most interesting witness was the one that was added to the hearing between the originally scheduled date earlier this month and the actual hearings on Wednesday. That was Andrew Moylan, executive director of R Street. Moylan is a states’ rights proponent, and attacked RAWA for being an example of federal overreach.

“RAWA contains potentially problematic language that appears not to carve out wholly intrastate activity, as the Wire Act…and UIGEA both do quite clearly,” Moylan said. “From the prospective of federalism, an argument of this nature is problematic, to say the least.”

RAWA was introduced to the House this year by Representative Jason Chaffetz (R-Utah), who was one of six sponsors or co-sponsors of RAWA to attend the hearings. He attempted to turn the states’ rights argument on its head in his defense of the bill, arguing that his state wanted no part of Internet gambling.

“We don’t have any form of gaming whatsoever, and it’s naïve to think you can create these fictitious borders and prohibit it from coming into the state of Utah,” Chaffetz said.