US Senator Marco Rubio (R-FL) had something to confess this week: “In politics, admitting you’ve changed your mind is not something most people like to do. But here it goes.” 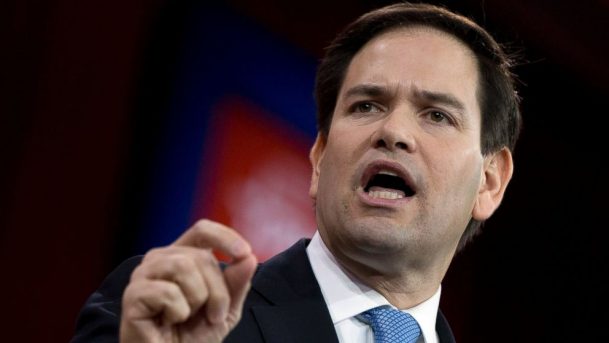 US Senator from Florida Marco Rubio will seek reelection, he has announced, which could be bad news for RAWA-watchers. (Image: abcnews.com)

He wasn’t referring to his longstanding views on Internet gambling with this turnaround, unfortunately.

Nope, the failed GOP presidential candidate instead has decided to seek reelection to the United States Senate, after having said that he absolutely, definitely, positively wouldn’t do so.

Rubio, as most will recall, was a co-sponsor of the Restoration of America’s Wire Act (RAWA) in last year’s Senate, legislation that sought to prohibit all online gambling at a federal level. It included no exemption for the three states that have already regulated so far, or for the several states that are currently working towards legalization of their own, like California, New York, and Pennsylvania.

RAWA has floundered on the legislative rocks for a few years now, largely due to both its inherent trammeling of states’ rights and its lack of relative importance in an age of terrorism and economic meltdowns. But with Rubio’s potential return to the Hill, proponents of Internet gambling regulation in the US are advised to stay vigilant.

The Sheldon Adelson-backed plan to deny Americans the right to remotely three-bet the hell out of one another is unlikely to go away completely. At least until a sufficient amount of highly populous states have regulated online gambling to the point that doing so would make it completely unfeasible, anyway.

But it’s proved to have little better than a snowball’s chance in hell of passing, so far.

Regardless, its proponents are not waving the white flag until the last body is layed out.

Adelson, a stubborn man even in his octogenarian decade, has vowed to spend “whatever it takes” to prevent online gambling from gaining a foothold in America.

And as recently as this May, RAWA co-sponsor and fellow failed US presidential candidate Senator Lindsey Graham (R-South Carolina) attempted to sneak RAWA-esque language into an enormous US Senate Appropriations Bill, with the hope that no one would notice.

Amounting to just one tiny paragraph of the 141-page bill, Graham’s backdoor tactics might have been successful had Representative Charlie Dent, a co-author of UIGEA, not been prevented from attempting the same trick in the House. Yes, Dent missed the omnibus, and we all heaved a sigh of relief.

Ready to Take the Heat

All party politics aside, Rubio’s stated retirement from the Senate would have been a good thing for those who long for the return of Internet poker to America, whether you’re a Republican, Democrat, or the only party you’ve ever belonged to was at a frat house.

In stating his intention to run for reelection this week, Rubio said that he is aware that his political opponents will use his sudden reversal of decision as a stick to beat him with.

“Have at it,” he said. “Because I have never claimed to be perfect, or to have all the answers.”

The Senator has been blasted for missing an inordinate number of Congressional roll calls over the past year while he was campaigning, so his bid for reelection is not entirely a shoo-in.