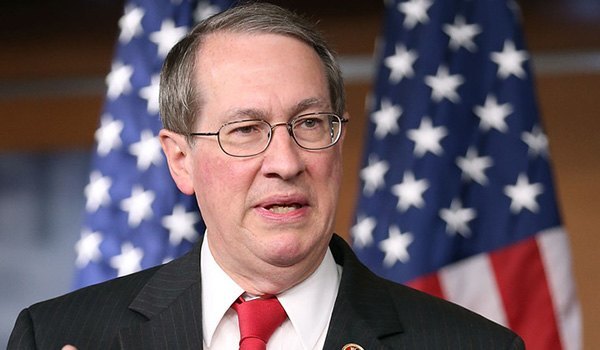 The Restoration of America’s Wire Act (RAWA), a bill that would essentially ban most forms of online gambling throughout the United States, hasn’t found much movement in Congress so far.

Thanks to the efforts of Las Vegas Sands Chairman Sheldon Adelson, the legislation has once again found itself introduced by Republicans in both the House and the Senate, but even within the GOP, the measure remains controversial.

That’s because those in the party with libertarian leanings feel the bill tramples on states’ rights.

That very argument was made on Thursday by a coalition of a dozen organizations led by the Center for Freedom and Prosperity. In a letter sent by the group to Congress, they argued against RAWA, saying that legislators should oppose the bill on states’ rights grounds.

The letter, addressed to House Judiciary Committee Chairman Representative Bob Goodlatte (R-Virginia), begins by thanking him for his “steadfast support of the Tenth Amendment to the Constitution.”

“We also understand and respect your long-standing opposition to gambling,” the letter continues. “That said, politics and one’s personal views should not trump the ability of states to regulate their own affairs.”

The letter was signed by a variety of conservative groups. Included among those were the Council for Citizens Against Government Waste, the American Conservative Union, the Taxpayers Protection Alliance, R Street, and the Campaign for Liberty.

RAWA is “Assault on Federalism”

The group did not mince words when it came to its feelings about RAWA and what it would mean for states’ rights in the gambling sector.

“RAWA is an outright assault on federalism,” the alliance wrote. “The legislation tramples on the Tenth Amendment by banning state regulation of online gambling, further chipping away at the balance between state and federal governance.”

The letter notes that Goodlatte himself pointed out the states’ rights issues inherent with RAWA during a committee hearing on the bill. At the time, the representative said that any updates to the Wire Act would have to find a way to handle states that have regulated or want to regulate online gambling within their borders.

But the groups behind the letter were skeptical, saying that “this is not possible.”

“Proponents of the legislation are seeking to rollback state laws and prohibit other states from exercising their constitutional authority. Period,” they wrote. “Anything else will be considered a failure.

“It has also come to our attention that some in Congress are proposing a ‘gaming moratorium’ which would grandfather existing states that have passed laws while prohibiting other states from exercising their rights under the Tenth Amendment,” they continued. “Make no mistake about it, a moratorium is as much an assault on the Tenth Amendment as an outright ban.”

The bill, which would stop states from individually regulating online poker or casino games, is largely the effort of Sheldon Adelson, who created the Coalition to Stop Internet Gambling to battle against online gambling in the United States. Adelson’s strong ties to the Republican Party threatened to make RAWA an issue in the GOP presidential primary season, but this has yet to happen, and the bill has seen no significant movement in Congress.