RAWA-like Bill Would Tear Down Regulated Online Poker in US 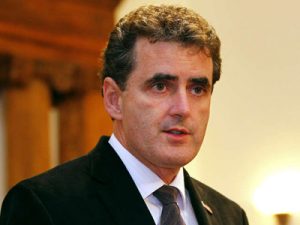 Pennsylvania Representative Michael Fitzpatrick is unconcerned that the state he serves may be on the cusp of legalizing and regulating online poker.

He prefers the idea of a federal ban, which, if enacted, would eviscerate the fledgling online gambling sectors of Nevada, New Jersey and Delaware.

Fitzpatrick’s HR 6453, introduced to the US House of Representatives last week, would also dismantle all online lotteries in the US, punishing the dozen or so states that have opted to employ innovative tech to raise more revenues for good causes.

And HR 6453 would, of course, prevent any state interested in exploring a similar path from doing so, whether through online poker, casino or lottery.

Like RAWA, HR 6453 questions the validity of a 2011 Department of Justice opinion that the 1961 Wire Act does not forbid online lottery, poker and casino gaming, but sports betting alone.

The opinion was offered in response to a request by Illinois and New York, which sought legal clarification for their respective online lottery proposals, but ultimately it paved the way for the regulation of online poker in the US.

The Federal Wire Act of 1961 predated internet gambling by 35 years; it was enacted as means to stop organized crime from operating illegal bookmaking operations and taking sports bets over the telephone.

That’s why the “Restoration” of America’s Wire Act was always a misnomer. Poker and casino games were not available to play over the telephone in 1961, which was why interpretation, not reinterpretation, was necessary.

The Force of the Law

HR 6453 ditches talk of restoring an act that was never altered in the first place in favor of a request for “clarification” that the DOJ opinion of 2011 “does not carry the force of law and shall have no force and effect for purposes of interpreting or applying section 5362 (a) (10) of title 31, United States Code.”

Section 5362 (a) (10) of title 31, United States Code is essentially UIGEA, the amendment sneaked, at the zero hour, onto the unrelated Safe Ports Act of 2006. UIGEA prohibited financial institutions from processing online gambling transactions for US players.

The Safe Ports Act, meanwhile, wasn’t about gambling at all, but, as its name suggests a series of measures designed to increase security at US ports.

The truth is, HR 6453 is likely to be as unpopular on Capitol Hill as similar legislation that preceded it, largely because of its willful disregard for states’ rights. But a lot can be learned from UIGEA and the Safe Ports Act.

If a federal online gambling ban is to succeed, its best shot is to be quietly tagged onto a larger piece of must-pass legislation.

That’s why lawmakers who support states’ rights must be extra-vigilant during the forthcoming lame duck period.