The 2019 WSOP Main Event field has trimmed from 8,569 players to 354 and while we don’t know who will claim the $10 million prize on July 16, we do know it won’t be a past champion. Qui Nguyen, the 2017 world champion, was the final former winner still standing on Day Four but was eliminated before the session concluded. 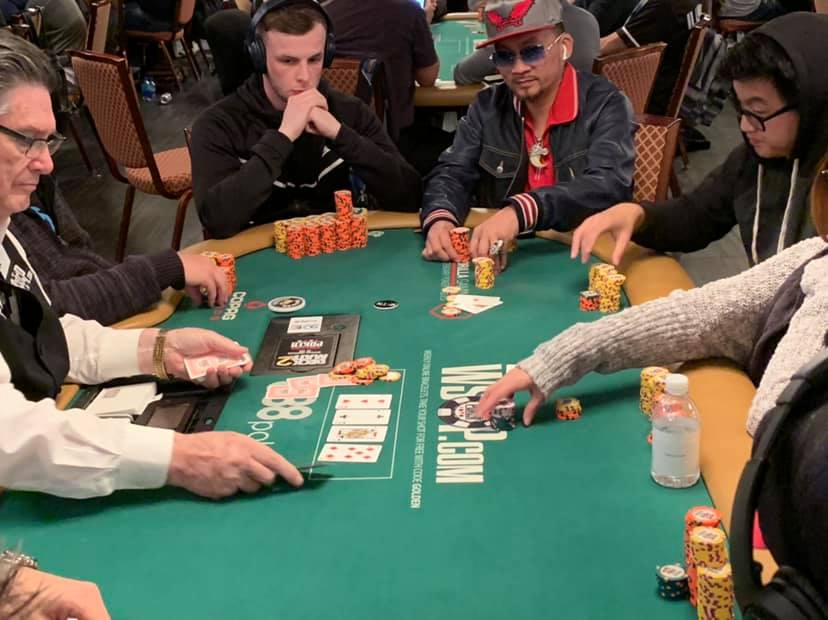 While most of the big name pros are gone, there are still some familiar faces coming back for Day Five. They include former NFL star defensive end Richard Seymour, Mike Matusow, Antonio Esfandiari, and Todd Brunson. And we certainly can’t forget about our own forum member and CardsChat Ambassador Jacki Burkhart who left the Rio on Tuesday with plenty of chips.

Reunited with my buddy Tara from the ladies Final table….played our last 3 hours together tonight @WSOP #wsopME @CardsChat I bagged 1.5milly she bagged 1.25 @BJNemeth pic.twitter.com/eVRiTOUWub

In 2005, Joe Hachem put on a show when he won the Main Event. He quickly became a crowd favorite at the final table for his classy demeanor and energetic rail that chanted, “Aussie, Aussie, Aussie! Oy! Oy! Oy!” after every pot he won.

The Australian poker champ busted on Day Three short of the money. But his son, Daniel, is still grinding, hoping to follow in his footsteps as a Main Event champion.

Hachem isn’t the only son of a former Main Event champion still standing, however. Todd Brunson, whose Poker Hall of Fame father Doyle, finished Day Four with 1,151,000, which is around the average. The elder Brunson won the Main Event in 1976 and 1977. The Brunson’s are the only parent-child combo in the Poker Hall of Fame.

Cary Katz pulled double duty on Tuesday. He went back and forth from the Main Event to the $50,000 High Roller which was also running in the Amazon room. The Poker Central founder also cashed in the high roller, finishing 12th for $112,357.

Brandon Adams, who recently won a bracelet in an online event, leads heading into the $50k final table.

Rough Day for Past Champions

Chris Moneymaker making the final table would have made for an exciting story. But the 2003 champion, who cashed in the Main Event for the first time in 16 years, was eliminated on Day Four in 687th place ($20,200).

It was up to Nguyen to carry the torch. And for quite some time it appeared he was destined for another deep run. But after getting his kings cracked by a set, he lost a big chunk of his stack. On his final hand, he moved all-in pre-flop with pocket fives but ran into a slightly better pair – sixes. The 2016 Main Event champion was eliminated in 455th place ($30,780).

So, when Day Five kicks off at noon PT on Wednesday, every remaining player will by vying for their first Main Event title.