The Quebec government could soon initiate the blocking of unlicensed online poker sites, a move that has received plenty of backlash from both those who support net neutrality and the country’s Internet service providers (ISPs). 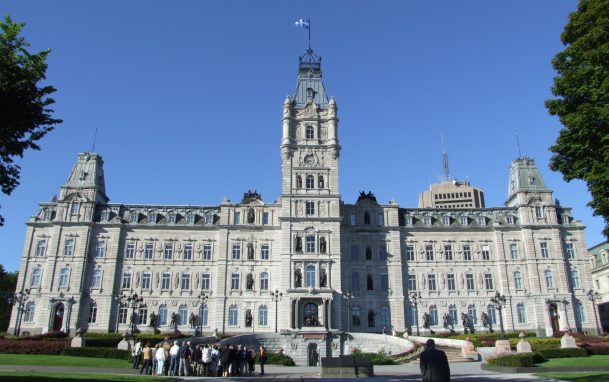 The Quebec government will soon have the power to force ISPs to block online gambling sites, unless legal challenges are successful. (Image: wikipedia.org)

The passage last week of the controversial Bill 74 will permit the provincial government to demand ISPs restrict residents’ access to online poker and gambling sites that aren’t regulated by Quebec authorities. That would preclude every operator in the world except for Espace-jeux, which is run by provincial regulator Lotto-Quebec.

Lotto-Quebec said in May that it was in the process of creating a blacklist of around 2,200 gambling sites which will be delivered in due course to companies supplying residents of the province with Internet services. After which time, these companies will have 30 days to comply, or face risking fines of CAD$100,000 (US$77,972) for each infringement.

The legislation has been called protectionist and unconstitutional by opponents, and will undoubtedly face legal action from ISPs, which complain that its implementation will be expensive, impractical, and perhaps, even impossible.

Lost Revenue Potential in the Millions

“Our three largest members are national in scope and many others are multi-provincial. Their networks are designed as a complete network, so they don’t have the means to block content at a provincial level. Even for what this law is asking for to be feasible, it would cost millions of dollars and take months of engineering,” Eby added.

Meanwhile, the Kahnawake Gaming Commission, which licenses and regulates 90 online gambling sites around the world from inside sovereign tribal territory in Quebec, has said the bill could cost the Kahnawake Mohawks millions of dollars in lost revenue. The tribe believes that the legislation violates the UN Declaration on the Rights of Indigenous People, because it interferes with its economic well-being.

Amaya Inc., however, has declared itself a supporter of Quebec’s plans, despite the fact that PokerStars is an unlicensed entity currently offering online poker to Quebecers.

Amaya is based in Montreal and a licensed partner of Loto-Quebec, providing the operator with online gaming services. There have been discussions about Loto-Quebec offering three new licenses for operators to provide branded products on the Espace-Jeux platform, and Amaya wants to be part of those plans.

“We […] are happy to see the government seeking ways to work with the private sector to contribute to Loto-Quebec’s growth in online gaming, for the benefit of taxpayers and the protection of consumers,” wrote Eric Hollreiser, Amaya’s VP of corporate communications, on the PokerStars blog last week.

There is now a 30-day grace period before Loto-Quebec is expected to begin sending blacklists to ISPs. In the meantime, expect legal sparks to fly.