Ramon Colillas came out of nowhere to win the $25,000 PSPC last month for $5.1 million, and now he’s joining PokerStars as a Team Pro member, replacing a bevy of stars who left the company over the past year. 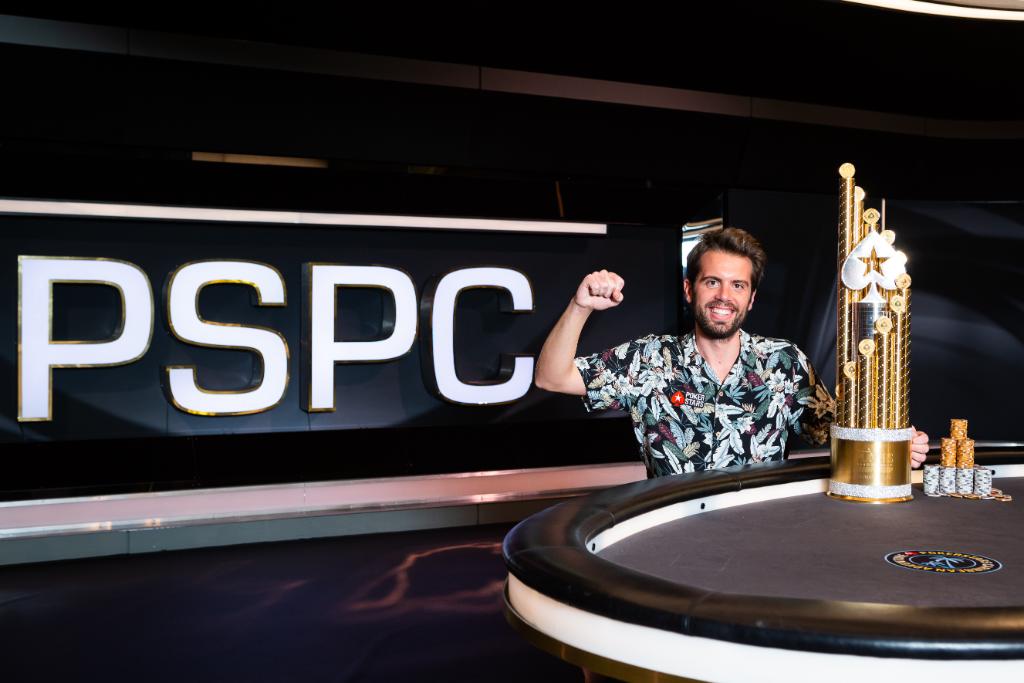 Win one big tournament (PSPC) and maybe you’ll get a contract with PokerStars just like Ramon Colillas. (Image: Twitter)

That left spots open for new-school grinders such as Ben “spraggy” Spragg and Lex Veldhuis, two popular Twitch streamers. And now the poker site is adding the champion of one of the most anticipated poker events in history. But some might be wondering what’s going on with all the big stars leaving. So, what is going on?

Why Pros are Ditching PokerStars

Daniel Negreanu, Chris Moneymaker, and Jason Somerville haven’t left Team PokerStars, and are likely in it for the long-haul. So, it’s not like the roster is completely void of star power. But most of the big name pros, at least to the casual poker fans, are gone. And there are a few reasons for their departures.

Gross, a CardsChat ambassador, said he had no “hard feelings” and that his departure was the result of not being able to reach a “mutual agreement” on contract terms. Selbst’s story was a bit different. She decided to quit playing poker full-time to work at a hedge fund. Mercier also quit the full-time grind to spend more time with his family.

“ElkY,” on the other hand, left PokerStars to join Partypoker in a similar ambassadorship role last year. Ike Haxton left the company in 2016 and eventually also joined Team Partypoker, but he didn’t leave on a positive note. He was dissatisfied with the direction the poker site took in regards to eliminating popular rewards programs.

“I have resigned from PokerStars in protest of the changes to the Supernova and Supernova Elite programs,” he wrote on Twitter in 2016.

He claims his former employer “is behaving unethically.” Many poker pros have echoed the same sentiments in recent years due to PokerStars’ rake increases and loyalty program changes.

Ramon Colillas to the Rescue?

Ramon Colillas had just $12,000 in career tournament winnings prior to shipping the PSPC. So, it may come as a surprise to some that he’s already receiving a contract from the world’s largest online poker site. One Twitter user (@Bsz03451994) accused PokerStars of being a “what have you done for me lately company.”

Another user (@anytwowilldo12) questioned the site’s integrity for signing what he claims is a “cheapskate.” Following his $5.1 million win, rumors began swirling that Colillas didn’t leave a tip for the dealers. Not even a penny, apparently. Poker pro Sam Grafton then posted a controversial tweet mocking the champ who earned a free entry into the $25,000 buy-in event via one of the 300 Platinum Passes awarded throughout 2018 by PokerStars.

Although some enjoyed the humor and piled on Colillas, others felt Grafton was “tip shaming” and were unimpressed. Colillas hasn’t publicly commented on the issue or given a reason for why he didn’t leave a tip. Perhaps, he didn’t realize a tip is expected. After all, he has minimal poker tournament experience.

What he does have, however, is a contract with the most popular poker site in the world. Oh, and $5.1 million.

This guy is for sure the new Moneymaker name on PokerStars platform but he was playing well the entire tournament, deserved.On the other hand to be honest I like Jaime Staples’ ,and Jeff Gross’ decision leave PS.They can have more options by not playing only on one poker room. Other rooms which are less crowded are easier to make some good money!