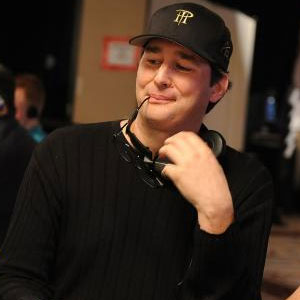 History dictates that several previous World Series of Poker champs become embroiled in bitter feuds with each other and CardsChat.com takes a look at five of the best player-on-player spats.

Now that the World Series of Poker is over for another year and Ryan Riess of Michigan has been crowned the newest champion, everyone who’s anyone in the pro poker world will be gunning for the 23-year-old’s hide. Everybody wants to knock off the champ, that’s nothing new. Neither is the inherent friction that will be inevitable once the now world-famous Riess starts going around the country, playing in big tournaments and going up against some of the poker world’s top pros.

It will take a little while for the hate to heat up, but it will. Before long, some of Riess’ relationships with fellow pros will be like the North vs. the South in the Civil War, or the Hatfields and the McCoys, or the New York Yankees against the Boston Red Sox.

A poker tournament in Philadelphia, the City of Brotherly Love? No problem, except there might turn out to be some Brotherly Hate. How about some poker action in New York City, also known as the Big Apple? It will be the Rotten Apple once they get through with Riess. So just what does the man nicknamed “The Beast” for his aggressive play at the poker table have to look forward to?

CardsChat.com takes a look at the Top Five feuds in professional poker:

Hellmuth has won thirteen World Series of Poker championship gold bracelets in his career, more than anyone else. Brunson is in second place with 10, so there’s a natural rivalry between the two. But the friction goes much deeper. Brunson doesn’t like Hellmuth’s over-the-top antics. Writing on his blog about Hellmuth’s entrance at the 2009 World Series of Poker Europe dressed like Julius Caesar, Brunson said, “These grand entrances he makes are too much. He came to my table dressed as Julius Caesar, along with trumpets and scantily-clad girls. It embarrassed me just being there. I would have liked to have applied for the role of Brutus. I am a poker purist and stuff like that detracts too much from what a great game poker is.”

Negreanu doesn’t think much of Hellmuth either; then again, neither does anyone in the poker world. Mocking Hellmuth about his name-dropping, braggadocio lifestyle, Negreanu wrote in his blog, “I can’t miss a Hellmuth blog, they are just way too funny…Most of his written blogs go something like this: I’m in a limo with Dom Perignon and am texting Michael Phelps about hanging out. I’m Phelps’ favorite, he loves me more than his medals. In fact, he told me he’d give me one of his medals if I’d sleep with him, but Phelps is not my type, although a sex tape would probably make me more famous…No, wait a minute, I get the ladies, baby, they are all over me when I go out. I’ve been working out and I’m pretty buff so I can see why they just pass out when I walk in a room in my Caesar costume, showing off my tiny nipples. I just landed in Los Angeles to do a show and then go to a VIP nightspot for celebrities and important people, it’s not for just regular people. You have to be really, really cool to get in. I hear (Phil) Ivey tried to get in, but couldn’t. That’s probably because I have (at that time) 11 bracelets and he doesn’t.

“I’m by far the best no-limit hold ’em tournament player in the world and it’s not even close. Most celebrities and important people know that, I think, and that’s why they all want me to hang out with them…After the club, I’m going to stay at the very best hotel in Los Angeles. It’s where all the top stars stay, so I figured I should also stay there, since I’m the greatest poker player in the world. Oh, and I can’t forget to mention every single celebrity I know. I know how much you guys like hearing me drop some names…I am a great guy and like to give back to the people less important than me.”

No. 3: Daniel Negreanu vs. Annie Duke

Negreanu and Duke met (where else?) at a poker table in a Las Vegas casino and it’s been downhill ever since. He doesn’t like her and she doesn’t like him and neither is shy when talking about it. In a now-infamous Internet posting made by Negreanu a few years back, he explained his disdain for Duke saying, “My first ever meeting of this woman was at the Four Queens in 1996 when I was just barely 22. Up to that point I’d had virtually no success in tournaments in the U.S., but was eager to learn from the so-called superstars of the game. So here I am in this tournament, where across from me was this woman (who) doesn’t know me from Adam, but goes out of her way to ridicule and make me feel like an outsider, as though I didn’t belong in her clique. After witnessing her behavior I was pretty sure I didn’t want any part of that clique anyway…Apparently, acknowledging my existence may have looked less cool–to talk to the low-limit players–if you know what I mean…(After beating me on a hand) she berated me for playing the hand, (saying) ‘Oh my God, if you were going to call on the river anyway why didn’t you just bet? I mean, oh, you know, I shouldn’t be educating.’ I was, to be completely honest, slightly embarrassed. I was there alone and knew no one in the tournament whatsoever. At the time I wasn’t certain if I actually made a horrendous error or not. I may have spoken 20 words the entire tournament, and couldn’t fathom why someone would want to be so mean to a complete stranger.

“A couple years go by. I get lucky and win a few tournaments and all of a sudden she is all nice to me. Phony nice, of course, but nice nonetheless. The more I got to know this woman, however, the more I was witness to her true colors and the more I disliked her. Despite making my best efforts to tolerate her obnoxious personality, I no longer wanted to put up with it. Other than that, nothing I’ve ever said to her, or about her, is something I’d ever consider apologizing for. Those are my true feelings.” As for Duke, who once got Negreanu’s chat privileges suspended when the pair played together online, she takes a few pot shots at Negreanu in her autobiography. In addition, her brother, Howard “The Professor” Lederer, defended her in his own now-infamous Internet posting that ripped Negreanu.

No. 2: Doyle Brunson vs. Layne Flack

In an interview with Card Player magazine, Flack was asked about rebuys in World Series of Poker tournaments and whether they were akin to buying a World Series of Poker championship gold bracelet. Flack responded, “You want to talk about buying a bracelet? Let’s talk about Doyle’s bracelet when there were eight people in the tournament. The critics should look back in history and see where a bracelet has been bought.”

Irked by the remark, Brunson responded on his blog saying, “As a rule, I don’t say anything about things people say in interviews. But I can’t help being deeply offended by the article. I thought this man was a friend of mine. Back in the early days of the World Series of Poker, I certainly didn’t even consider that a bracelet would have any value. I only played in two or three events a year because (World Series of Poker founder) Jack Binion expected me to. I actually didn’t pick up two bracelets in the 1970s and 1980s because I already had a couple. I never won a tournament that had eight people in it. There were only 14 entries in a mixed doubles tournament that Starla Brodie and I won. If I could find that bracelet, I would send it to Layne and tell him to stick it where the sun doesn’t shine.” Flack, who recently fathered an illegitimate child and took some flak for that, now appears to be backing away from his feud with Brunson. However, some might call that wimping out. When someone asked Flack via his Facebook page about the feud with Brunson, Flack replied, “What feud?”

Out of all the top poker feuds, this is the only one that resulted in fisticuffs. The story of what happened has morphed over the years, becoming everything from a one-punch punch-out of Hellmuth by Grizzle at a poker table to a wild brawl outside a casino. Hellmuth, when asked about the incident during an online chat on ESPN.com a while back, set the record straight on what really happened saying, “One time at the Horseshoe (Casino in Las Vegas), during the Hall of Fame poker tournament, I was in a high-stakes side game. I was holding Sam’s seat for him, he wanted me to hold his seat without paying rake. Now, 90 minutes later, he comes back and he doesn’t have a seat. He goes ballistic. Now Sam would never mess with me on a regular day. In fact, I’ve only been in one fight in the last 22 years. But I’d been walking around with my back in obvious pain for four days. I shouldn’t have been in town. I had so much back pain. Sam was so bitter and had so much negativity coming out of his mouth. I said, ‘Sam, maybe you should take me outside, I can’t even stand up straight.’ I was half joking. Then he said, ‘Let’s go.’ I didn’t feel threatened at all by Sam. I went out and it was the perfect fight. We both threw punches, landed punches. But the next day, neither one of us had a mark on our faces! Thus, the perfect fight!”