Professional Poker Players Turn to Music, Vegan Diets, and Healthy Lifestyles Away from the Felt

Ask most successful professional poker players and they will tell you the grind doesn’t stop after the last hand of the day is dealt. Poker requires preparation in order to win, just like any other sport that demands concentration and skill. 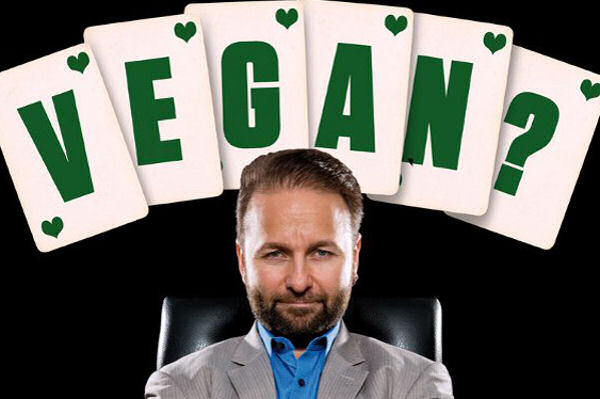 A pitcher doesn’t just show up to the ballpark at game time, after all. They arrive early and scout the opposing hitters to spot tendencies and weaknesses. Then they get in some exercise and “warm-up” prior to the game. If a pitcher showed up right at game time unprepared, things wouldn’t go well.

Away from the field, an athlete needs to stay in shape by exercising and eating healthy. If not, they won’t be in the right frame of mind to perform at a high level when game time comes. And the same goes for a poker player.

Take the game’s all-time money list leader, Daniel Negreanu, for example. Despite his incredible success in poker, Negreanu leads a full life, which likely helps him perform so well at the poker table.

He’s a long-time vegan, philanthropist, avid reader, and promoter of living a healthy lifestyle. He plays poker far less than he used to, and spends more time focusing on activities such as yoga, reading, and supporting charities like St. Jude’s Children’s Hospital and Habitat for Humanity.

On Munchies.com, a website for foodies, Negreanu wrote an article about his vegan lifestyle. He mentioned that earlier in his career, most poker players, including himself, ate unhealthily and were very out of shape.

“Poker has changed, in the past, high profile players were obese, now they’re fit. They’ve swapped their moobs for pecs. Players now are educated people, they’re smart, they do the research, they care about their health. It’s not like the old days,” he penned.

Music to Their Ears

Many poker players enjoy listening to music at the table. Some will tell you it’s better to listen to some sonorous tunes over an obnoxious opponent. Music-News.com recently caught up with some top poker pros to find out what’s on their playlist.

Vanessa Selbst, she of $11 million in lifetime live tournament winnings, is all about the Indie scene. She digs groups such as Mumford & Sons, and bands with strong vocals.

Andre Akkari, a Brazilian poker star, puts upbeat music from his motherland on his playlist. He’s down with music you can dance to, and sounds with a good beat.

Poker players such as Selbst and Akkari don’t just listen to music during a tournament. Music is something that helps many players unwind after a rough session. Music, at the table, can help keep your mind fresh. It also helps drown out the obnoxious jerk who thinks he’s Phil Ivey and has the right to criticize everyone’s play.

Having the talent to win big at poker is all fine and dandy. But most top poker pros will tell you that raw talent, as in sports, isn’t the whole game.

Nice. Danial Negreanu representing the common player pokerstars is trying to incorporate. People were telling mE the incoRRect things about his life. Now the only thing both him and Hal ledderer both nEEd is a woman.

They do’nt have to worry. Most women went though what they went through too. Both shouldn’t make another fall. I am in the same boat. Its the same percentages as far as looks and attitudes are at.

I call them the chaotic gOOd work. Because we dabbled wE had to be come chaotic. That meant when it was just chaotic neutral and lawful, before gOOd and evil were involved, you were evil to the lawful. Then came the gOOd samaritain….

p.s Schwartz your too high profile not to take up Danial Negreanu’s life changing match. Much like hal ledderer gave Danial.