“I am pleased to announce that I have chosen Governor Mike Pence as my Vice Presidential running mate,” Trump tweeted. He added that a formal news conference is being delayed until July 16, with the world still reeling from the latest terror attack in Nice, France. 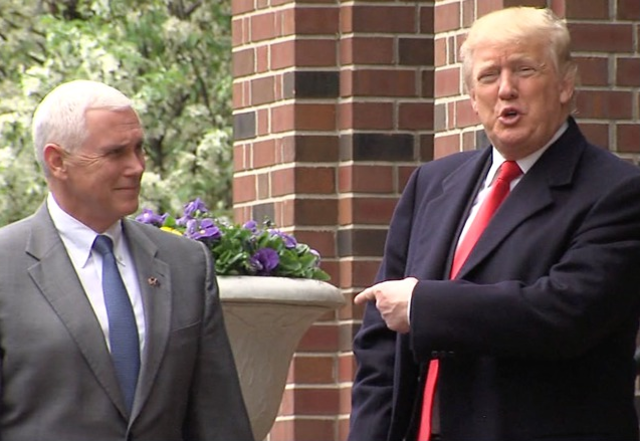 A massacre that left 84 fireworks onlookers dead and many more gravely injured on the crowded Promenade des Anglais during July 14’s Bastille Day celebrations was, from all appearances, terror-related.

To add to the complete news chaos on Friday, a Turkish military coup d’etat was announced as being underway, with the specifics and potential ramifications unclear as we went to press. Media outlets were trying to unscramble news of the coup, and whether it was in response to the increasing level of threat arising from Syrian issues along Turkey’s southern border, and ensuing correlated acts, such as the Nice brutality.

French President Francois Hollande declared, “A fresh atrocity has just been inflicted on France. It is the whole of France which is under threat from Islamic terrorism.”

It was the third time in just 18 months that France has been gravely struck by acts of terrorism. Trump put Pence to work immediately, having the Indiana governor make the duo’s official statement on the atrocities.

“Our hearts go out to the fallen and their families,” Pence said today. “As we mourn with the people of France, we must resolve to bring to justice all those responsible and defeat this enemy of civilization at its source.”

One of the biggest Republican donors for the past decade has been Las Vegas Sands CEO and billionaire Sheldon Adelson. As he did during the last presidential cycle, Adelson is opening up his checkbook to the tune of $100 million to support the GOP.

Adelson is adamantly against online gambling and has funded efforts to push RAWA, the Restoration of America’s Wire Act, though the legislation has gained little support in the US House or Senate. He’s also adamantly pro-Israel.

Trump and Pence seem to be taking steps to satisfy their top donor.

This week the Trump campaign announced the formation of its Israel Advisory Committee. The committee will work alongside Trump to make recommendations on how to strengthen Israel through US policy.

“The conflict between Israelis and Palestinians runs deep,” Trump said in a statement. “We mustn’t fear taking new, constructive and mutually beneficial steps to advance the cause of peace in the region, recognizing, at all times, the moral and strategic alliance, as well as the unbreakable bond, between the United States and Israel.”

A lifelong resident of the Hoosier State, Pence is a career politician. He served in the US House of Representatives for 12 years and was an early supporter of the Tea Party movement.

In terms of where he stands on gambling and poker, Pence isn’t the ideal VP selection for proponents of gaming liberalization.

The Indiana governor cosponsored the Unlawful Internet Gambling Enforcement Act of 2006 (UIGEA) that made it illegal for payment processors to facilitate online transactions related to gambling websites. And the Restoration of America’s Wire Act (RAWA), the notorious legislation that would effectively ban all forms of online gambling and poker in America, is something Pence also supports.

“I believe it is necessary for Congress to restore the original interpretation of the Wire Act that prohibited Internet gambling nationwide,” Pence opined in 2014. “With the mobility of our society and the widespread access to the Internet, a federal prohibition of Internet gambling is necessary.”

That being said, the governor signed a daily fantasy sports legalization bill in his home state just this past March, showing that if the revenue indications are glittery enough, he may be open to persuasion.