India’s PokerBaazi has enlisted the services of professional boxer and Olympic medalist Vijender Singh in its fight to appeal to Hindu-speaking players. 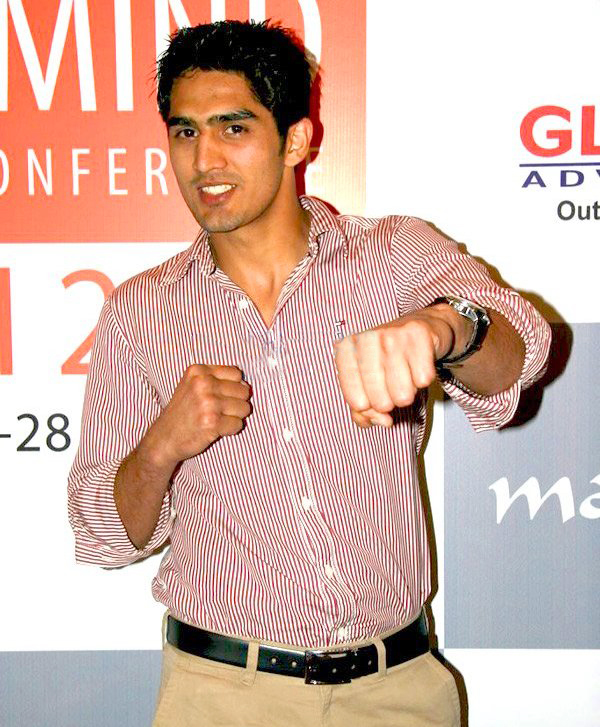 Indian boxer Vijender Singh has signed with PokerBaazi in a bid to promote both the site and poker across the country. (Image: IndiaFM/commons.wikimedia.org)

In a move designed to broaden the site’s appeal to a mainstream audience, Singh will now promote PokerBaazi across a variety of online and offline channels. Born in the village of Kaluwas, Singh has a strong following among India’s Hindu speaking communities.

As well as using Singh to connect PokerBaazi and Hindu speaking states such as Punjab and Uttar Pradesh, founder Navkiran Singh believes the boxer’s sporting background is significant.

“[Sing’s] reputation as a serious sportsperson and champion will help us in promoting poker as a serious sport that only flourishes on sheer skill and talent. We are looking forward for a long-term association with Vijender Singh,” PokerBaazi’s Sing said in a January 22 press release.

Since winning multiple medals as an amateur, Singh has won all ten of his professional fights, seven of which have come via knockout. Thanks to his success on a global stage, the Super Middleweight has become one of India’s leading sport stars with a Twitter following of more than 3.2 million.

“As a sportsperson, it is always an honor for me to be part of campaigns or associate with brands that endeavor to promote sports in the nation. PokerBaazi is doing a great job of utilizing technology and letting Indians play online a game that they adore,” Singh explained after his latest sponsorship deal was announced.

While Singh’s social media presence falls short of other sport-to-poker converts such as Cristiano Ronaldo and Usain Bolt, his signing does represent a major coup for PokerBaazi. Given the current state of India’s online poker industry, legitimacy by proxy has become the standard MO for many brands.

Like PokerBaazi, operators and organizations across the country have partnered with high profile figures to enhance not only their products but also the game itself. In October 2017, online poker site Adda52 signed poker player, foodie, and feminist figure Nikita Luther.

In December 2017, the Poker Sports League, India’s first organized tournament group, joined forces with chess champion Viswanathan Anand. Like Singh and Luther, Anand is respected across the subcontinent for his competitive skill and prowess.

Piggybacking of these ideas, India’s poker operators have been attempting to shift public discourse about poker towards something seen as being a skill game. With states such as Gujarat recently rejecting calls to distinguish poker from other forms of gambling, celebrity ambassadors have become an important way of fighting back.

“reputation as a serious sportsperson and champion will help us in promoting poker ” really am hoping on that. I’ve read that the reason that high court decided that poker is gambling is beacuse it can be considere gambling… that just an wierd argument. BUT as I see poker is growing slowily in India and thats good, hope tyhat it will be an easier battle than most countries that decided to “regulate” poker. Just look at parts EU trying to get back to o-poker. GL with that +)

Here in Brazil he have lots of athletes that represents their place in another sports at poker. For example, Ronaldo, one mith of soccer, and Rafael Nadal at tenis. It’s nice to see these kind of person playing with us!