Which Presidential Candidates Stand for Online Poker? A Guided Tour 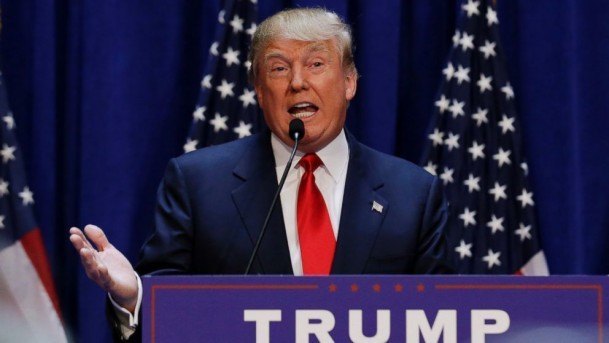 GOP presidential candidate Donald Trump has previously come out in favor of online poker, even if it isn’t likely to be a major part of his 2016 campaign for the White House. (Image: Brendan McDermid/Reuters)

The 2016 presidential candidates for both parties are everywhere these days, and campaign season is officially underway.

The first GOP debate was held just last week, providing more than a few memorable moments (for better or worse, most of which were related to the candidacy of Donald Trump), while the latest New Hampshire polling from the Boston Herald shows Vermont Senator Bernie Sanders with a lead over fellow Democrat Hillary Clinton in that state, suggesting there might be at least some drama on the Dem side before all is said and done.

One issue that won’t come up often in debates and television ads, however, is that of online poker, but that doesn’t mean that many of the candidates haven’t expressed opinions on Internet gambling in the past. Looking back at public statements and other records, many of the candidates are fairly clear on what they think about whether online poker should be allowed to spread throughout the United States.

Let’s start with the Republicans, where Trump currently leads in national polling. Back in 2011, Trump made it clear to Forbes that he was quite interested in online poker, saying that it was about time for the United States to collect the revenue that online gambling could provide.

“This has to happen because many other countries are doing it,” Trump said at that time, “and like usual the US is just missing out.”

Next up is former Florida governor, Jeb Bush. He hasn’t yet made any public statements about online gambling, but he has been a featured speaker at events hosted by Las Vegas Sands chairman Sheldon Adelson, the leading enemy of online poker in the United States.

Florida Senator Marco Rubio has made his stance much more clear: he is against all online gambling, including poker.

“I’m not in favor of something that opens [gambling] to minors,” Rubio told the Las Vegas Review-Journal earlier this year.

If anything, former Arkansas governor Mike Huckabee is even more adamant in his opposition to Internet gaming. On his Fox News show last year, Huckabee called the issue “one of the most important topics that I don’t hear anybody talking about,” and said that “anybody who doesn’t support [the Restoration of America’s Wire Act, aka RAWA] in the Congress should be thrown out.”

Ironically, the biggest RAWA supporter in Congress would be a key Huckabee competitor in South Carolina Senator Lindsey Graham, who has notably introduced RAWA to the Senate on two occasions. His low-polling numbers may not make him a huge threat to anyone else right now, though.

That’s not to say that there aren’t supporters of online poker among those campaigning on the GOP side, however. In Kentucky Senator Rand Paul’s case, a man who is known for his libertarian leanings, that translates to simply opposing an online gambling ban, while New Jersey Governor Chris Christie has not surprisingly spoken supportively of the regulation of online poker and casino games in his state.

On the Democratic side, there has been frankly less talk about online gambling. This may be because Republicans have likely had more pressure to take a stance, due to Adelson’s influence in the party. However, some candidates have at least talked about gambling in general in the past.

Front-runner Hillary Clinton has previously supported a study on the regulation of online poker, though she was also part of the unanimous vote that passed the Unlawful Internet Gambling Enforcement Act (as part of the SAFE Port Act) in the Senate back in 2006. Bernie Sanders has spoken out against Adelson’s overall influence, but hasn’t had anything to say about online poker in particular.

Among other Democratic candidates, former Maryland Governor Martin O’Malley expressed skepticism about casinos while in office, and asked Congress not to consider online poker for revenue purposes, as he thought it would eat into the money raised through state lotteries.

Meanwhile, former Rhode Island Governor Lincoln Chafee pushed for casino expansion in his state, but hasn’t made any firm statements about online poker.

Of course, if the current tides continue, online poker regulation may well remain within the purview of each individual state, meaning that whether a given presidential candidate is for or against it may not matter all that much in the end anyway.