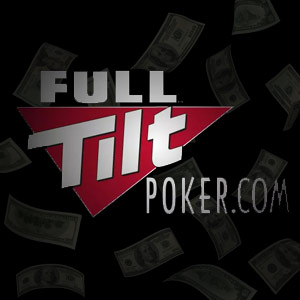 On Wednesday, the Poker Players Alliance and their VP of Player Relations Rich Muny tweeted multiple times to readers that the DOJ has completed their audits and that remission payments are set to begin.

On Wednesday, January 22, the Poker Players Alliance (PPA) tweeted multiple times to readers that the Department of Justice (DOJ) has completed their audits and that remission payments are potentially set to begin in the near future. The first tweet stated that the PPA spoke to the Department of Justice about the Full Tilt Poker remission and for those with undisputed claims, payment information from Garden City Group (GCG) was coming soon. The second tweet stated that the Department of Justice completed the audit of GCG group player petitions and has approved release of $82 million to approximately 30,000 players. For those that don’t want to do the math at home, that comes out on average to $2,733 per player. Obviously, the $82 million in question will not be split evenly and will be used to pay respective outstanding balances players had on Full Tilt Poker on Black Friday, dating back to April 2011, ending three years of pain and misery for many poker players.

More from the PPA

The Poker Players Alliance issued another tweet about the matter on January 22 when it stated that GCG should be updating their website, FullTiltPokerClaims.com, in the next 24 hours with more information. Unfortunately, as of the time of this article’s publication (which is approximately 24 hours since the PPA’s tweet went out), there has been no update on that website. Many players and industry insiders are expecting that the site will in fact be updated soon, informing players of a firm date for payment remissions. Since those three tweets, the PPA as well as its VP of Player Relations, Rich Muny, have not updated their readers with any new status changes. Muny has subsequently been continuing to tweet about the brewing situation among states starting a petition to end online poker.

The remission petition process wrapped up back in November with few obstacles for players. Some did dispute the amounts they felt owed to them, which might have been the cause of the recent delay as players were expecting to be paid before the end of 2013. Now, it appears that the wait might extend to just under three years for American players since Full Tilt Poker was shut down by the United States Department of Justice. According to the website, players can expect to be paid no later than March 31, 2014, a date that has been bandied about for months.

John Pappas, the Executive Director of the Poker Players Alliance, stated that some players that filed petitions did so incorrectly. Those players that fall under this umbrella will need to watch for a special email in their inboxes from the Garden City Group, which will detail the final steps to resolve their claim.

Those players that went through the remission petition process through the aforementioned website, which is operated by GCG, and did not have a disputed claim, will be getting paid. This round of payments by GCG, according to Pappas, will only consist of uncontested balances. At this point in time it is not known if there is any deadline to resolve disputed balances.

Well, at least it looks like it’ll happen a few months earlier than March 2014, which is nice.