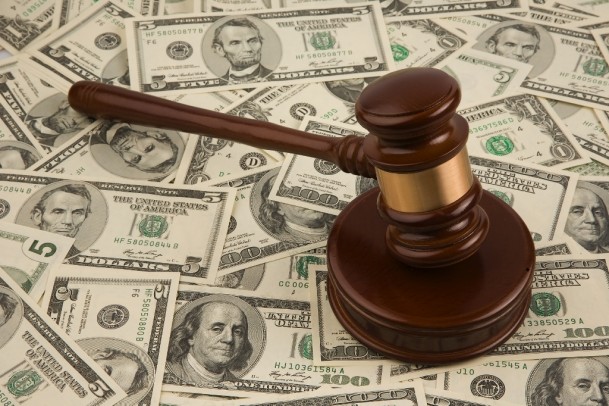 The Poker Players Alliance is standing up for 14,000 Kentucky poker players in a lawsuit filed against PokerStars by the state. Now the all three entities are embroiled in a legal winner-take-all. (Image: pa-titlecompany.com)

Franklin Circuit Judge Thomas Wingate placed a judgment on Amaya for $290 million, stemming from that 2010 lawsuit.

The money, which is the accumulation of profits earned from Kentucky poker players, was ordered to be paid to the state of Kentucky due to PokerStars illegally operating within the Bluegrass State.

But according to the PPA, the players that lost money on the site should receive the funds, not Kentucky.

Amaya faces a double-edged sword in this case. On one hand, the company doesn’t feel it should have to pay anyone. On the other hand, if it is forced to pay, Amaya believes the former owners of PokerStars should be on the hook for that money.

Amaya took over ownership in 2014 of PokerStars and Full Tilt Poker, when the company purchased Rational Group Ltd. from then-owner Mark Scheinberg.

Scheinberg and his father, Isai Scheinberg, originally founded PokerStars. Rational Group owned the poker site up until the Amaya acquisition. Still, the November 20th judgment in Franklin Circuit Court was placed on the current owners, Amaya.

The Poker Players Alliance is a nonprofit organization that represents the rights and interests of poker players. The group has also stood up against the federal and other state governments.

The judgment against Amaya is for profits taken in by PokerStars while operating illegally in Kentucky. Instead of that money being paid to the state, Don Cox, a lawyer representing the poker players, argued during a hearing that his clients deserve the money, not the state.

William Hurt, the lawyer representing Kentucky, disagrees. Hurt told the Circuit Court that players had known about the lawsuit for four years prior to its lawsuit and did nothing until Judge Wingate ordered the money to be paid to the state.

Amaya and Kentucky Agree on One Thing

Amaya and the state of Kentucky both agree the amount owed is incorrect. But they can’t agree on how much should be paid.

Both parties believe the $290 million was calculated incorrectly by Judge Wingate. The state says Amaya owes $250 million, but Hurt has asked the judge to triple that figure. A state statute says Kentucky can seek triple damages if a third party is involved (Amaya, in this case).

The PPA, on the other hand, wants to have damages kept at $250 million, period. Only the state is able to ask for triple damages, according to the statute, so it might seem odd on the surface that a group representing players wouldn’t want the $290 million the judge has already decided on, which is more than they could ever get on their own.

The state attorney Hurt also suggested that the PPA and Amaya are working together in order to prevent the online gambling operator to be forced to pay a higher-than-mandated fine. The players’ counsel Cox vehemently denied those allegations.

Regardless of which way the ruling ultimately goes, Sheryl Snyder, a lawyer representing Amaya, said the case will be appealed at least once before Wingate’s final ruling. She also said it could be years before any money is paid to anyone.

If Amaya is forced to pay, it will go after PokerStars’ previous owners, Mark and Isai Scheinberg, on the basis that Rational Group operated the poker site at the time of the lawsuit.

Power to the peeps.

in short: Kentucky sued the poker site on behalf of it’s citizens and won. Kentucky (the state) will on some future day be get awarded the money it’s citizens held on PokerStars. PokerStars is saying it will pay back the individuals and not the state…sounds like more PokerStars bullshit to me. do they not think the elected officials of the State of Kentucky can be trusted to award the money properly? They need to fucking pay their debts so they can get one step closer to operating in America legally. WTF is wrong w/ PokerStars in not wanting to pay it’s debts?