All About the Benjamins: Pollak and Tollerene Capture Titles at US Poker Open

The inaugural US Poker Open chugged along this past week at the Aria Resort and Casino in Las Vegas. While the series of tournaments will wrap up this weekend, Ben Tollerene and Benjamin Pollak are the two latest to claim titles in the high-roller competition. 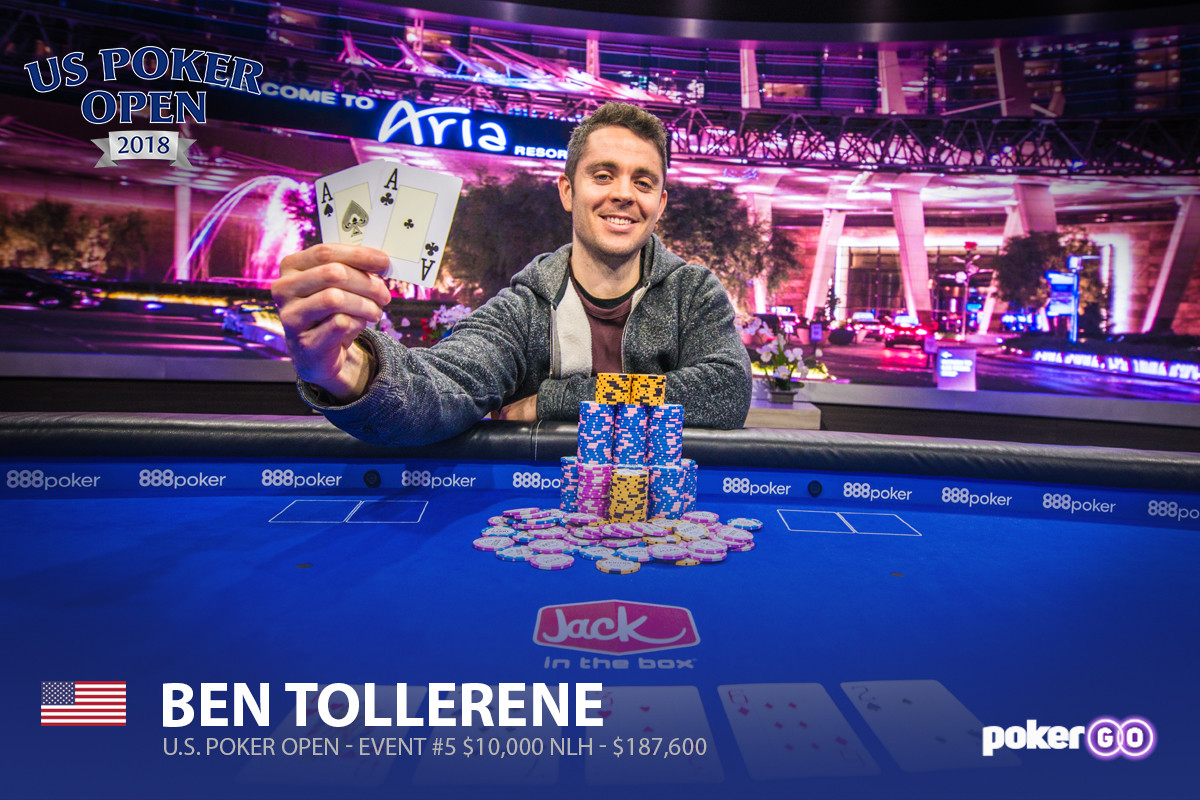 Online poker pro Ben Tollerene has successfully transitioned from the virtual felt to the live realm having won $3.8 million in live tournaments in the last 12 months. His latest win, good for $187,600, came in the US Poker Open Event #5: $10,000 No-Limit Hold’em, a tournament that attracted 67 runners.

The 30-year-old pro whipped through an all-American final table to face off against Jake Schindler in heads-up play, and in Level 26 (40k/80k/10k) things came to a head. Schindler limped with the Q♣9♣ and Tollerene got tricky with A♣A♠ by just checking.

When the flop fell Q♥7♠3♥, Schindler bet 100,000 and then called when Tollerene raised to 300,000. After the dealer burned and turned the 6♦, Schindler checked and Tollerene moved all in. Schindler quickly called off for 720,000 with top pair and failed to get there when the 2♠ bricked on the river.

“This is a much different feeling than winning in a cash game.,” Tollerene said after the win. “There’s this drama that builds up in tournaments that I enjoy, where the deeper you get the more intense it gets until it’s over. That’s really fun.”

He continued: “The gist of it is, I’m playing poker more for fun these days than financial gain, and I wasn’t having as much fun buying the computer but I’m still having fun in this setting.”

Ben There, Done That 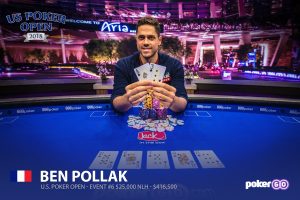 The win marked Pollak’s third cash of the series and bumped him to $554,600 in winnings, second only to Stephen Chidwick, who took third in the tournament for $183,750.

“I was about to quit poker last year, I wanted to just leave what I had done for the last ten years because I wasn’t enjoying it anymore,” Pollak admitted after the win. “That problem came up before the [WSOP] Main Event, and I worked on that with my mental coach, just trying to enjoy more what I was doing. I did that during the Main Event, and I loved that so much. It’s amazing because all the energy I have now is going towards my results. This proves to me that if you have a lot of energy, and love what you’re doing, and if you’re committed, you can accomplish so much.”

He continued: “The last six months I’ve had such an incredible run, but I always finished, second, third fourth or fifth. I’ve never won a big tournament, and this being my first one is extra special. I have a chance now if I win the Main Event, to take home the trophy, and that would be incredible.”