Art of the Political Deal: Poker Players Keep It Friendly when Betting on Donald Trump

Donald Trump will not be President of the United States on January 1, 2019. That’s the bet. If it doesn’t work out that way, poker player David Walton will be out $2,000 to longtime tournament grinder and outspoken conservative Tony Cousineau. 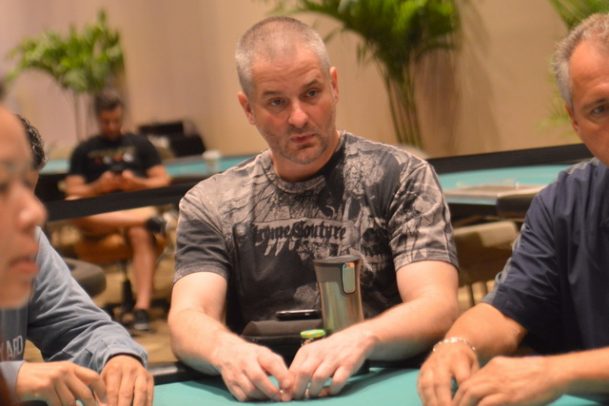 Tony Cousineau is willing to put his money where his social media mouth is, betting against the notion that the United States will have a new president in less than a year. (Image: borgatapokeropen.com)

While hardly the biggest prop bet ever made, this friendly wager represents an attempt to keep heated political rhetoric civil, and prevent typical social media sparring from breaking out into fisticuffs at the table.

Former World Series of Poker Media Director Nolan Dalla has taken on the role of serving as middleman to keep it all on the up-and-up, and now at least one other poker players is expressing interest in getting in on the action.

Cousineau, from Florida, holds the record for most WSOP cashes without winning a bracelet (82). He has more than $2.6 million in career winnings, with his biggest score coming in 2007, when he finished 4th in the $10,000 buy-in Caesars Palace Classic for $191k.

The two are friends, but apparently both have sparked regular heated political debates on Facebook of late. And that banter is what led to the latest wager. Walton is confident that Trump will, somehow, some way, no longer occupy the White House as of January 1, 2019. Cousineau disagrees and is laying his friend 2-1 odds ($4,000 to $2,000) that his fantasy won’t come true.

With Dalla playing diplomat (he formerly worked for the US State Department), the two bettors have both sent him funds to via PayPal to hold in escrow. On January 20, 2019, he will transfer $6,000 to the winner, Dalla announced on Facebook.

The winner is also required to treat Dalla, a self-described wine aficionado and aspiring restaurant critic, to a nice dinner with wine.

“Regardless of the outcome, I admire you for putting up just as I did. My goal as a patriot in 2018 is to cease the partisan rhetoric and just love and wish all my fellow Americans the best future possible,” Cousineau wrote, directed at Walton, in response to Dalla’s post announcing the wager.

The bet is cut and dry. Either Donald Trump is president on New Year’s Day, in which case Cousineau wins, or he isn’t, and the money will be shipped to Walton. It makes no difference how Trump is removed from office. Whether it’s due to resignation, death, impeachment, or he quits, if he’s out, Walton wins the bet.

Most of Dalla’s Facebook friends are poker players, so it’s no surprise that others wanted action on this bet, including the 2010 WSOP Player of the Year, Frank Kassela.

“If someone wants to bet more, I will take Tony’s side,” the three-time bracelet winner said.

Kassela, hardly a Trump supporter, doesn’t appear to have found any takers yet, but he projects Trump won’t just remain in office on January 1, 2019, but will win re-election in 2020.

“I just don’t think the Democrats have anyone all that dynamic at this point,” he wrote before accusing the Democratic party of rigging the 2016 presidential primaries in favor of Hillary Clinton.

Thirty-four months prior to 2016 Election Day, virtually no one would have projected Donald Trump would so much as win the GOP nomination, let alone the presidency. Bill Clinton (1992), George W. Bush (2000), Barack Obama (2008), and, of course, Donald Trump (2016), were considered unlikely-to-win candidates more than two years prior to Election Day. But they all came out victorious.

It’s a bit early to start predicting what the future holds for 2020. But for some it might be easier to keep the peace with money on the line.

It’s a nice protest. As any other sport, in poker we can express our political ideals. I’m on his side!