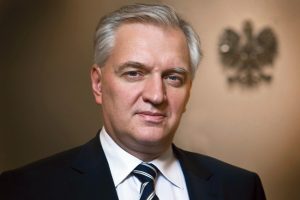 Polish online poker could soon be a regulated activity, thanks to a recent push by the country’s Ministry of Finance.

Online poker has always been a popular pastime in Poland, but ever since the wave of regulatory change swept across Europe, Internet gaming has slipped into something of a grey area.

According to the Polish Gambling Act, only online sports betting is allowed, but that hasn’t stopped poker from being played.

State of Uncertainty in Poland

Because the Polish gambling authority has little power to close down a gaming site, it has resorted to tactics such as threatening players with fines if they win money playing poker online. However, such methods have proved unsuccessful and, as it stands, it’s business as usual for both players and operators.

Now, with millions in tax revenue being lost every year and the legal situation being unclear at best, the Ministry of Finance has given its clearest indication yet that it wants to regulate online poker. Outlined in a public document last week, the Ministry is planning to amend the Gambling Act in a variety of ways, one of which will be the relaxation of the laws regarding live and online poker.

Under the current doctrine, poker can only be offered inside a casino, but if the new amendments are put into action, this would change. As well as allowing poker to be played in live venues other than casinos, the amendments would pave the way for the creation of a licensing system for online operators.

Taxation Could Be Tipping Point

While the route to regulation is still not completely formalized, Poland’s Deputy Prime Minister Jarosław Gowin has suggested that a taxation rate of 20 percent on gross gaming revenue could be possible.

In tandem with a desire to create a licensing system for online poker operators, the Ministry has also proposed amendments to the Gambling Act, which would make it easier to block rogue operators. As well as blocking IP and payment processing options, last week’s set of proposed amendments also suggested imposing harsher penalties on any operator that violates the country’s laws.

While money is one of the primary motivators for the government’s latest drive to regulate online poker, ministers have also said that player safety is a top priority.

“Only lawful operators guarantee games in a safe and responsible manner,” said the Ministry of Finance in an official statement.

Given the current state of online poker regulation in Europe, it seems it will likely only be a matter of time before Poland enacts its own licensing conditions.

Should Poland take a more relaxed approach to regulation, like the UK has done, then players will no doubt be happy with the new dynamic. In contrast, if Poland adopts the French model, there could be problems for both players and operators in the coming months.

Well I am pretty sure you know. If a Frenchman cashes out France gets the taxes. If a United kingdom person wins the United Kingdom gets the taxes. If a Polish person cashes out Poland gets the taxes. The percentage rate may change. Because some countries can’t get as much money as other countries. However, some people in the country can get the poker money. it costs a lot for a hotel room now a days. They need all the money they can get. A little discussion in the world government necessary. Being from America I got my deal. Just a matter of investing enough so I can win. But best they play for their country too. Like the Olympics.