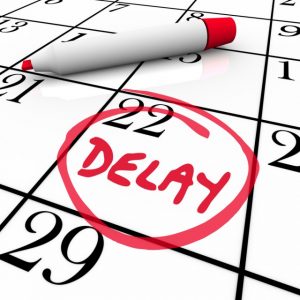 Oklahoma poker site PokerTribe.com has had to delay the launch of its real money site after failing to negotiate deals with offshore markets.

Back in May the Iowa Tribe of Oklahoma launched PokerTribe.com as a free play poker site for international players.

Despite the lack of online poker regulation in Oklahoma, the Iowa Tribe found a loophole in the system thanks to its tribal status.

Gaming Given the Green Light

After moving to sue the state of Oklahoma in 2015, the Iowa Tribe eventually went to arbitration. During the hearing it was agreed that as long as its gaming servers were located on tribal land, the tribe wouldn’t be in breach of any federal laws.

A judge later certified the arbitrator’s decision and on May 1, 2016, PokerTribe.com went live as a free site for players outside of the US.

Following this launch, the plan was to then add real money options to the platform on August 1. Unfortunately, that date came and went this week and what players were left with was a message about a change of plan.

Due to issues while negotiating with “foreign governments,” PokerTribe.com will now remain as a free play site for at least two-and-a-half months.

According to a statement released by the operator and its Universal Entertainment Group, licensing terms and the processing of funds are currently being agreed on a country-by-country basis.

The result of these protracted negotiations is a launch date that’s now projected to be October 15, 2016.

Will the Wait be Worth It?

If the plan comes together as expected this time, that still doesn’t guarantee the success of PokerTribe.com.

Offering real money games to players in countries such as the UK will be extremely difficult given how young the site is and how untested its software is.

In fact, entering into any regulated market will be tough as strict gaming laws and high taxation often means that only established operators with assets in multiple countries can survive.

Although PokerTribe.com may have enough money to facilitate an international launch, it will likely struggle to stay afloat unless it can persuade players to ante-up.

However, before the Iowa Tribe of Oklahoma can worry about liquidity and generating rake, it will have to contend with iGaming regulators across Europe which, as history has shown, is no easy task.