PokerStars has handed out a seven-figure reward for the 200th time. A player from Panama named ‘Xavi666’ took down the $10 Million Guaranteed Sunday Million 11th Anniversary for $1,093,204. 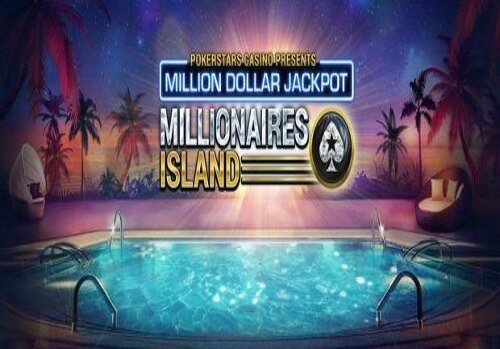 PokerStars has made ‘Xavi666’ its 200th millionaire. (Image: casinouk.com)

His real name hasn’t been disclosed, but we do know he’s been a PokerStars customer for the past 13 years. The loyalty has finally paid off as he became an instant millionaire.

The tournament had such a massive field, it makes the WSOP Colossus appear tiny. There were 55,835 total entries, nearly tripling the world’s largest live poker tournament (2015 Colossus).

More than $11 million was up for grabs in this one-day event. The tournament lasted approximately 15 hours. Other players at the final table proposed a chop, but Xavi666 wanted to play it out. The thought of becoming a millionaire was worth the risk, so he declined the offer. Sometimes, you have to take chances in life.

“I said to myself, at the start of the tournament, that I wouldn’t look at numbers. When there were four of us left, it seemed that taking the deal was the smart thing to do, but I declined; I wanted one million!,” he told PokerStars at the conclusion of the tournament.

The gamble paid off. Xavi666 is the 200th customer in PokerStars history to receive a $1 million reward.

PokerStars has something else to celebrate. The world’s largest online poker site recently promoted its one-year anniversary in New Jersey.

Chris Moneymaker, a Team PokerStars pro and long-time brand ambassador, hosted five online poker players for drinks and dinner this past weekend to celebrate the occasion.

PokerStars entered the United States in March 2016 for the first time since the Black Friday shutdown in 2011. But the poker site only operates in one state.

Many expected PokerStars New Jersey to dominate the market. Other Garden State poker sites such as WSOP.com were projected to struggle after the PokerStars entry.

That hasn’t been the case. PokerStars has been competitive in the state, but certainly isn’t blowing away the competition. Still, Amaya hasn’t expressed any disappointment with the results.

On the global PokerStars site, changes to the rewards program are becoming constant. Severin Rasset, Director of Poker Innovation and Operations, announced in a blog post that some new changes will take place in May.

In the post, Rasset stated the company will remove the monthly rakeback model and replace it with a system that rewards players based on frequency of play, stakes, and size of deposits. A change to the rewards model was first announced back in September and will finally be implemented next month.

Rasset acknowledged some customers may not initially like the changes. The rakeback model has been a staple at PokerStars and many other online poker sites. But he claims the time is right to “deliver a new way of rewarding play.”

well done Xavi defending Panama´s colors. we are a few countrymen from Panama but quality is large.

Hope we could become another Millionaire winner sooner than later!

Well Done !!! Many tried their luck , you were the big winner , congratulations !!!!!