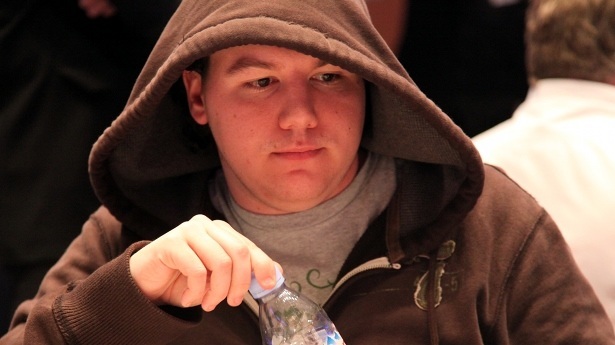 PokerStars’ latest World Championship of Online Poker came to a close last night and when the lights went down on the Main Event, a grand total of three players became newly minted millionaires.

Once the discussions had come to a close, it was Belgium’s ‘Coenaldinho7’ who eventually secured the title, $1.3 million, and the honor of taking down one of the most prestigious online events in the world.

Aside from the expectedly tough final table, the eventual winner admitted that his route to victory was made even tougher thanks to a young baby and the prospect of work the following morning.

“I must say these three nights (of WCOOP Main Event) were tough. No sleep, the next day at work as usual, and in the evening babysitting (my girlfriend often works late). When she arrived, I’d be at my computer…making history as it turned out,” ‘Coenaldinho7’ told the PokerStars Blog.

Beyond the Main Event, which attracted an impressive 1,995 runners, WCOOP 2015 broke a number of records, including the largest overall prizepool in online poker history. After 70 events and hundreds of thousands of runners, this year’s festival generated a total prizepool of $66,245,305 which is $3 million more than previous record ($63,157,150) set by WCOOP 2010.

Deeb Does It in Style

In terms of national records, Russia beat all other nations in this year’s series with a total of eight overall winners. That’s a figure which put the country one ahead of Canada and two ahead of the UK. However, despite Russia’s dominance, it was American pro Shaun Deeb who claimed the Player of the Championship trophy.

Deeb, who now resides in Mexico so he can play poker online, notched up a total of 430 leaderboard points after a slew of cashes and an outright win in Event #44 the $215 NLHE 4-max event. That win not only netted him $68,000, but enough points to edge ahead of his closest rival, ‘vovtroy’.

For his effort throughout the series, Deeb will receive a special Champion’s Trophy, $20,000 in cash, and free entry in the 2016 Turbo Championship of Online Poker Main Event.

Beyond significant wins, Jason Somerville also raised the bar during this year’s WCOOP with his popular Run It Up series. Streaming his exploits to his legion of followers via Twitch throughout the festival, Somerville managed to attract 37,434 viewers, which makes him the most viewed online poker streamer in the world.

Overall PokerStars’ 2015 incarnation of WCOOP proved to be another enormous success. Not only was the festival a success for PokerStars, but another sign that online poker is still a thriving game in many parts of the world.

Wow..amazing poker player! with a little baby angel on his side.. while playing??

Very interesting player. I would like to be in his place