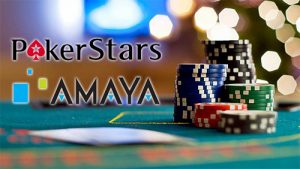 Many players are blaming new owners Amaya Gaming for what they see as negative changes at PokerStars. (Image: calvinayre.com)

PokerStars, once considered the most-beloved poker site in the world, isn’t doing much to make friends and influence people these days. A flurry of changes at the poker site this week have drawn sharp criticisms from players.

Most recently, PokerStars announced the end of the Battle of the Planets promotion, while simultaneously raising the rake on several types of cash games, once again provoking anger from high-volume players who think the site has lost its way since the takeover by Amaya Gaming.

“The week ending Saturday, November 1st will be the final week of the Battle of the Planets promotion,” wrote the man known as “PokerStars Steve.”

“Prizes will be paid out this week as per normal,” he added.

The Battle of the Planets promotion is a monthly leaderboard for sit-and-go players. It has been awarding more than $2.5 million in prizes to grinders every year.

Perhaps more significantly for most players, PokerStars will also be raising rakes on a wide variety of its cash games, along with raising entry fees on several kinds of tournaments. In some cases, the new rake levels are nearly double what they were previously.

Many of the rake increases are scheduled to take place on Monday, November 3. The announced changes that will start next week include the following:

In heads-up Pot Limit and No Limit cash games, the maximum rake is increasing to $2 for $25/$50 games and up, and $1 for lower stakes games. This is double the previous cap at most stakes.

Hyper-Turbo sit-and-go tournaments are seeing rake levels increase across the board. While the buy-in levels will remain the same, the amount that goes into the prize pool has been reduced, while the entry fees have been raised. For instance, a $100 heads-up Hyper sit and go previously had a $1.88 entry fee; that will now be $2.25.

More changes are also in store for 2015, with new tournament fees for rebuys being introduced on January 1 for segregated sites where value-added tax (VAT) or other new taxes are coming into effect. Sites affected include (but aren’t limited to) PokerStars.uk, PokerStars.be (Belgium) and PokerStars.dk (Denmark).

Earlier in the week, an announcement by PokerStars that the site would begin charging currency exchange fees was certainly not winning any popularity contests, either. The site said that currency exchange will no longer be free, and will now be charging 2.5 percent on deposits and withdrawals for currency conversions.

This new fee is imposed only if the transaction involves a different currency than the denomination of the player’s account. For instance, players residing in countries with currencies not supported by PokerStars, such as Japan or Russia, will be affected by the new policy. Currently, PokerStars offers monetary accounts for US$, CA$, Euro€, and UK£.

Writing on the PokerStars company blog, Head of Corporate Communications Eric Hollreiser explained the move was one the site had to make.

“We know that some of these decisions will not be popular in all quarters and they’re not decisions taken lightly, but are made looking broadly across the poker ecosystem,” Hollreiser noted. “We’ve built trust and respect largely because we’re willing to make tough and sometimes unpopular decisions.”

It didn’t take long for players to react negatively to the changes, which many attributed once again to a shift in the culture at PokerStars since Amaya Gaming took over the site.

“It’s good to know Amaya isn’t trying to trick anyone into think [sic] they’re the geniuses that made pokerstars the largest site in the world,” wrote forums poster Malefiicus. “It’s quite obvious they’re the morons that are going to tank the most profitable site in the name of profit.”

That sentiment was close to universal in replies to the announced changes. In a second thread, players have talked about organizing protests against the site, with ideas such as sit-outs or refusing to play at PokerStars on certain days being considered.

PokerStars will never again be the same.

Its losing its way. The PokerStars we know will now be more Amaya Gaming driven.