PokerStars Surpasses Its New Jersey Competitors on Day One

PokerStars appears to have vaulted over its New Jersey competitors on the very first day of its launch in the Garden State. 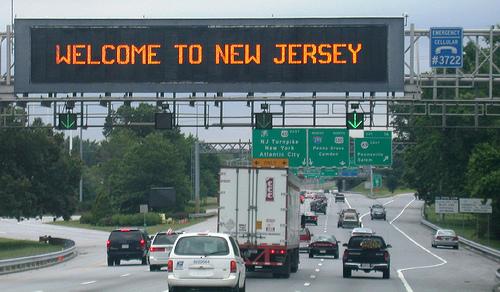 Welcome, indeed: in PokerStars’ first day of operation in the Garden State, player participation was encouraging to say the least. (Image: elistmania.com)

The site went fully live on Monday morning, following a modest soft-launch phase that was capped at 500 players at any one time, which produced traffic that was unlikely to overwhelm its servers.

But then they came. According to Flushdraw.net’s Hayley Hintze, a railbird throughout the day, by late morning on Monday, there were around 400 players on the PokerStarsnj site.

By late afternoon, that number had ballooned to 1,000 real-money players, across all tables: both tournaments and cash games inclusive.

Even as midnight approached ET, there were still 900 real-money players merrily floating and barreling and check-raising one another, just like the good old days.

It’s difficult to accurately aggregate the PokerStarsnj real-money traffic compared with each of its competitors at the moment. Industry number-cruncher PokerScout records only ring-game traffic, and at the time of writing on Tuesday, listed PokerStarsnj-Resorts as having a 24-hour peak of 403 players, higher than either WSOP-888 (with 369) or Party-Borgata (with 228).

PokerScout ranks online poker sites based on their seven-day average, or in PokerStars’ case, six-day average and counting. Judged on this criterion, WSOP-888 is still on top, with an average of 170 players, followed by PokerStarsnj-Resorts, with 120, and Party-Borgata bringing up the rear, with 110.

But when you consider that PokerStars, during its soft-launch phase, was only live for eight hours on Wednesday and Thursday, and 16 hours on Friday, and that it was handicapped by its 500-player limit during those times, it should be expected to surpass WSOP-888 in the rankings within mere days.

Brian Mattingley, then CEO of 888, said last year that he would welcome the online poker giant to New Jersey, although he acknowledged that it would be like “unleashing an 800-pound gorilla into the market.”

PokerStars’ presence will grow the market holistically, he told the Las Vegas Review-Journal at that time.

“We compete with PokerStars throughout Europe,” he said. “They are a formidable competitor. But they would make all of us work much harder and it would expand the market. I would much rather have a small slice of a large pie, than a big piece of a small pie.”

The Ball is Rolling

Certainly, PokerStars entrance to the market does not appear to have significantly depleted its rivals’ traffic, but it’s still extremely early in the game. And unlike the other sites, PokerStars’ New Jersey software is almost identical to that of its international client, and is considered by many to be superior to its competitors.

Meanwhile, it offers various recreationally friendly features that the others don’t, such as Spin & Gos. It has a more powerful marketing reach, and potentially greater credit card acceptance rates, through its partnerships with global card acquirers.

It may take a matter of months for the average recreational player to latch on to these salient points, but they will, as they have done elsewhere.

One day in, PokerStars eventual monopolization of online poker in New Jersey seems like an almost sure bet.