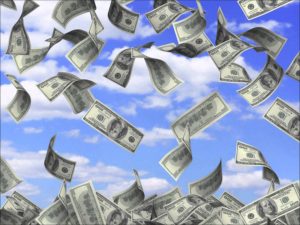 BRAYDEN93 of Mexico took down the PokerStars Sunday Million Anniversary event this weekend.

The PokerStars Sunday Million to top all Sunday Millions came to a conclusion in the early hours of Monday morning, and when the dust had settled it was a runaway victory for BRAYDEN93 of Mexico.

The Internet grinder managed to top one of the richest tournaments ever held online, and walk away with a top prize worth $597,719.

However, as momentous as that victory was, BRAYDEN93 actually took home the second largest prize, thanks to a seven-way deal on the final table. After playing their way past more than 50,400 players, the final seven hopefuls agreed to cut a deal after an eight-minute discussion.

After being given the ICM breakdown of the prizepool, the finalists eventually agreed to a variation of those figures, which meant the runaway chip leader, kelly_koulis, was able to lock up $725,267. To put that win in context, kelly_koulis had qualified for the event courtesy of an $11 satellite, which took place just a few days before the Main Event kicked off.

Once kelly_koulis had locked up an impressive return on investment, BRAYDEN93 was left with just over $497,000, but he was able to boost that total by $100,000 after beating Greece’s kelly_koulis heads-up.

The route to the final showdown was a relatively swift as five players, including the only recognizable grinder Rodrigo Perez (aka sonmonedas), used their new-found financial freedom to shoot for MTT glory. Unfortunately, that tactic ended in disaster for all but BRAYDEN93, who managed to lift himself from a short stack position into title contention.

BRAYDEN93 Comes from Behind to Win

Starting the final battle with a chip disadvantage of $140 million, BRAYDEN93 faced an uphill battle, but managed to overcome it like a seasoned Sherpa. Chipping away at his opponent and gaining some ground after 20 hands, the Mexican grinder managed to overcome a set-back halfway through the match to eventually take the lead.

After more than 15 hours of play, the final hand eventually took place when both players committed their stacks with the board showing: 8c 9c Jc 2. When the cards were revealed, BRAYDEN93 held 9h 8h to give him the advantage over his opponent’s As Jc, and as the 2d fell on the river, the final pot was pushed his way.

As virtual confetti fell on BRAYDEN93, the curtain was brought down on the PokerStars 9th Anniversary Sunday Million and one of the largest online MTTs in history. Although PokerStars has traditionally dominated when it comes to tournament festivals, the latest offering proves that it’s the runaway platform for big money events.

The latest Sunday Million attracted 50,432 players, which, despite being short of the site’s Guinness World Record turnout of 225,000, is still larger than any other online poker site’s largest recorded MTT field.

To get a sense of just how big the anniversary event was, check out our rundown of its vital stats:

Watched the final two tables. kelly_koulis (Greece) was the only player playing on a mobile device & for much of the time their connection wasn’t good at ~62% to 65%. They were even sitting out for awhile & prior to final table there was a time when they only had a VERY short stack of a few bb’s.

Ha, I was actually playing with BRAYDEN93 at my first table for a while. I saw he was from Mexico and that he played pretty solid and figured he was probably a reg.