PokerStars is seeing trip, trip, triple (as Pittsburgh Pirates announcer Greg Brown might say) as its Spring Championship of Online Poker (SCOOP) kicks off in its three American markets today. 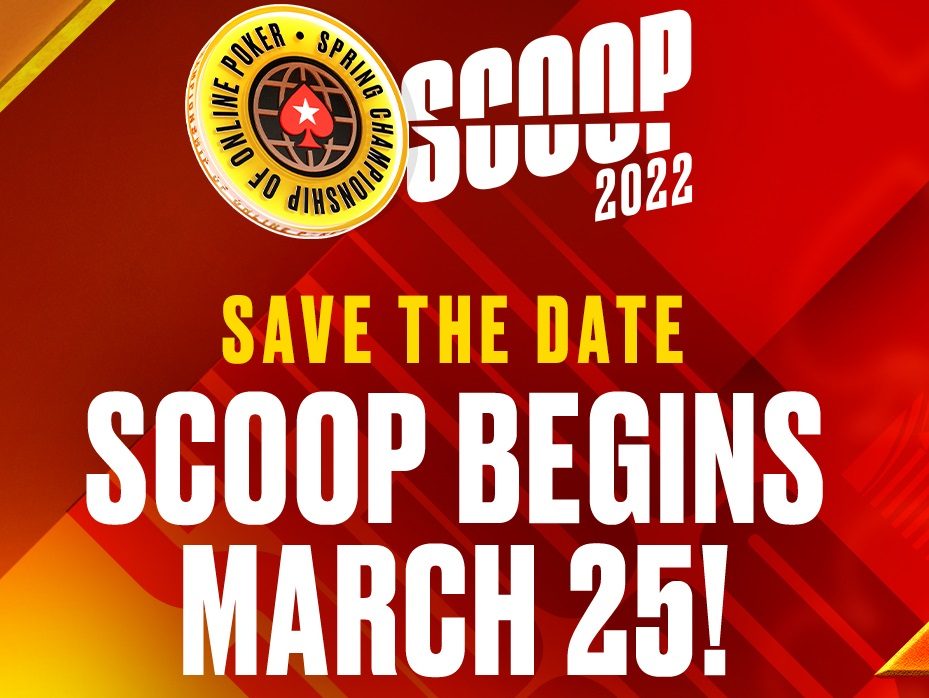 Players in Pennsylvania, New Jersey, and Michigan are treated to dense schedule filled with tournaments that fit into most anyone’s bankrolls. Even those playing the smallest stakes have an opportunity to scoop a big payday as PokerStars is offering a generous satellite schedule to inflate the guaranteed prize pools that range from $1,000 to $200K.

There are up to nine SCOOP tournaments scheduled for each day in each state, and 345 tournaments in total. With few exceptions, buy-ins to all the tournaments, which include several HORSE, Omaha variants, and 8-Game events, start at $10 and go all the way up to $2,000 for the April 5, championship event in Pennsylvania. The championship event is a $1,000 buy-in in New Jersey and Michigan.

Players eliminated without finishing in the money in events up to April 9, will receive entries into daily freerolls to win tickets into remaining SCOOP events.

PokerStars is also spreading $48K worth of freerolls into the $300 buy-in main event across all the states for anyone making a deposit. That’s $16K per state. A promo code is required, and works this way:

Make a deposit of $30 or more with the code “SCOOP30″ and receive a ticket to the $4K guaranteed freeroll on April 3.

Make a deposit of $200 or more with the code “SCOOP200” to receive a ticket to both the $4K guaranteed and the $12K guaranteed freerolls.

The total prize-pool guarantees differ from state to state: $2 million in Pennsylvania, $1.5 million in Michigan, and $1 million in New Jersey.