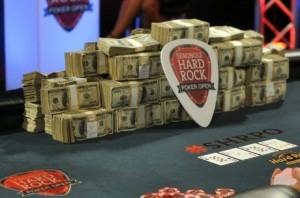 PokerStars has given players the option to buy into the Seminole Hard Rock Poker Open Championship using their PokerStars account funds. (Image: pnimg.net)

PokerStars and the Seminole Hard Rock Poker Open Championship (SHRPOC), kicking off next week in Florida, have announced a relationship that will allow players to buy into events using their PokerStars funds.

It was just a few weeks ago that the Seminole Hard Rock in Hollywood, Florida announced that they were moving their SHRPOC series dates to accommodate players looking to participate with the European Poker Tour (EPT) stop in Barcelona. Now, they have teamed up with PokerStars to make their event even more attractive for players to attend by offering the option to pay with poker site funds.

The popular poker site posted a page dedicated to the SHRPOC, detailing how players can buy-in directly using funds from their PokerStars accounts. Players can enter into the No Limit Championship Event on August 28, which has a $5,300 buy-in with re-entry format, by using their PokerStars account. Those interested can choose which Day 1 event (Aug 28, 29, and 30) to enter. Players will only be able to buy into one Day 1, and this option is only available until August 24.

Players that are interested in buying into the Championship Event via PokerStars can log in, and head to the “More” section and then select the “Special” tab. In there, look for the “Seminole Hard Rock Poker Championship” tournament, where there will be an option to select either Day 1A, Day 1B, or Day 1C. Those that wish could also register by emailing “registrations@pslive.com” with details on their account and which day they want to play on.

On their official SHRPOC page, PokerStars notes that real money play on PokerStars is not allowed while physically located within the United States, under any circumstances. Players that attempt to play for real money while in the USA will be subject to losing their playing privileges and, potentially, the funds in their accounts.

The Seminole Hard Rock Poker Open has quickly become one of the hottest tournament series during the post-WSOP months. This tournament series features 23 events, kicking off with a $350 Deepstack NLHE Re-Entry event that sports a half-million dollar guarantee. Other events with large-sized guarantees includes Event #8, which is a $560 Deepstack No Limit Hold’em Re-Entry tournament that has a whopping $1 million guarantee.

The biggest tournament of the series will be the SHRPOC Championship, which is a $5,300 No Limit Hold’em Re-Entry event and features an insane $10 million guarantee. Many industry experts laughed at the venue for posting such a guarantee last year, but were proved wrong when the event fulfilled the guarantee without an overlay.

Another huge event to pay attention to will start off on September 1 in the form of the $100,000 buy-in Super High Roller Deepstack No Limit Hold’em tournament that allows re-entries. There’s no guarantee prize pool on the Super High Roller event, but just ten entrants would equal a million dollars, even if no re-entries were purchased.

Last year in the Championship, Blair Hinkle beat out Justin Bonomo to claim a first-place prize that amounted to almost $1.75 million. Bonono was still able to enjoy a seven-figure payday by finishing in second place with a $1.16 million prize. Other final table winners included Mukul Pahuka ($872k) for third, Ray Qartomy ($639k) for fourth, Samuel Bernabeu Guilabert ($494k) for fifth, and Greg Lehn ($378k) for sixth place. Hinkle did not just win the tournament, a huge payday, and a trophy, but also took home a uniquely crafted guitar, an artifact built as a reminder that the tournament took place at a Hard Rock property.