PokerStars and the Seminole Hard Rock Casino in Hollywood, Florida are teaming together on a charity poker tournament on October 3 to raise money for Hurricane Irma relief efforts. 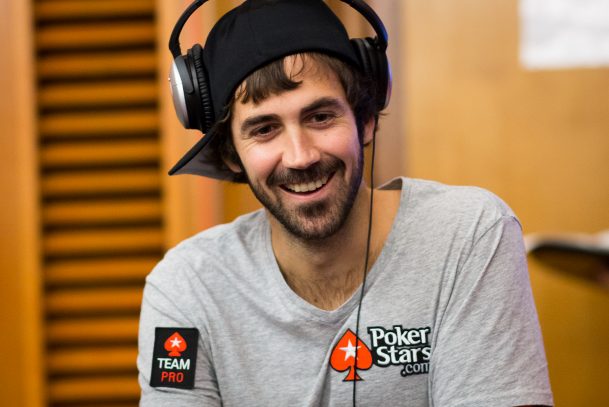 The $300 buy-in reentry tournament will be rake-free, with all proceeds going to those affected by last month’s hurricane that swept through South Florida.

On the PokerStars blog, Brad Willis said that the world’s largest online poker site “is going to help with the goal of providing as much assistance for those people affected by the recent disasters.”

There will be more than $50,000 in cash prizes up for grabs at the Seminole Hard Rock poker room on Tuesday. Other prizes players can potentially win include a $20,000 PokerStars Caribbean Adventure (PCA) package in January in the Bahamas, and other tournament buy-ins.

PokerStars will match all donations up to $100,000. Jeff Gross and South Floridian Jason Mercier, both PokerStars pros, are expected to make an appearance at the charity event.

Jason’s presence at the tournament is conditional on his pregnant wife’s status. Natasha Mercier is expected to pop October 5. But if you’ve ever been a parent, you know sometimes the baby wants out early.

For a Good Cause

South Florida residents will benefit greatly from this charity event. And Susan Renneisen, vice president of community affairs and special events at Seminole Hard Rock Casino, is proud to help the relief efforts.

“It’s upsetting to see the damage that so many families have endured during this storm season. We encourage everyone in the community to help however they can. Every bit helps, and we are glad to be able to do our part,” she said.

Hurricane Irma ripped through Florida last month with winds surpassing 100 MPH in some parts of the state. At least 75 people in the Sunshine State died as a result of the tropical storm. Many homes were destroyed, leaving some without a place to live.

The charity tournament will take place a day after the conclusion of the WSOP Circuit Main Event at the same casino. Perhaps, some poker players who competed in that event will stick around on October 3 to help raise money for a good cause.

All proceeds will be donated to Feeding South Florida, a local food pantry. The funds will then be used to provide water, food, and supplies to those affected by Hurricane Irma.