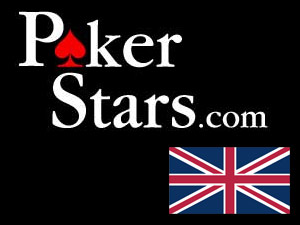 PokerStars has announced details on how players will be able to migrate to the new UK site and what they should expect after the move. (Image: PokerStars.com)

PokerStars has revealed its migrations plans for UK players. The largest poker site in the world provided details about what players based in the UK can expect when new regulations come into effect. As with any country, laws and regulations evolve over time.

The UK isn’t immune from change that could benefit or strengthen its gaming infrastructure or bring in additional revenue. Less than two weeks remain until these new regulations come into effect and to help players out, PokerStars is providing answers to any questions players might have.

On October 1, UK-based poker players will be required to install and move over to the new PokerStars software, the same day the new UK Gambling Act is enacted. According to PokerStars, moving accounts is as simple as logging in with an existing account and following screen prompts to upgrade the software.

The entire process should only take a few minutes to complete. Players do not have to change their usernames or passwords, and will still be able to access their typical games and promotions. Any balances on a player’s account will remain the same including FPPs, VPPs and VIP status. Clients for Apple and Android devices will need to be uninstalled and the new UK apps must be downloaded.

PokerStars stated very few changes will actually be experienced by players. Updated Terms and Conditions, plus an updated Privacy Policy must be accepted by players. UK players will still be able to play in the same games and tournaments as other players in the PokerStars global pool.

However, because of the new UK regulations, the auto-rebuy function for ring games and tournaments will no longer be available. This same restriction will likely apply to other operators in the UK as they initiate migrations.

Online poker operators allowing UK players to play poker or gamble on their sites must be licensed by the UK Gambling Commission. Starting on January 1, 2015, these operators will also have to pay a 15 percent tax on any gross gaming profits. Whether a company is physically located in the UK or not, they will have to pay this tax.

According to PokerStars, this fee will affect players’ VIP Club rewards. “VIP Club rewards for PokerStars UK will be the same as on PokerStars.com for the remainder of 2014,” says the UK migration FAQ on PokerStars’ website. “Rewards will be reduced slightly for 2015; more information will be available at a later date.”

Though the 15 percent tax is one of the lowest in the European market, the operator still takes a hit. It shouldn’t be too much of a surprise that players are helping with this burden. However, PokerStars will be reviewing its VIP program. But there is a chance new players to PokerStars UK might not be eligible for the bonuses that are currently available.

Despite the migration occurring in a matter of weeks, PokerStars is one of the first operators to provide answers for UK players. Some sites like Mansion are withdrawing from the market entirely, while others will migrate its players or rebrand.

I believe the migration will now take place around midnight GMT on 31st October. It would have been nice if PokerStars had warned us of the change.