A large number of PokerStars Spin & Go players received unexpected windfalls recently, but precisely why they did remains something of a mystery. One thing is for sure, though: it’s caused a major stir on the poker forums. 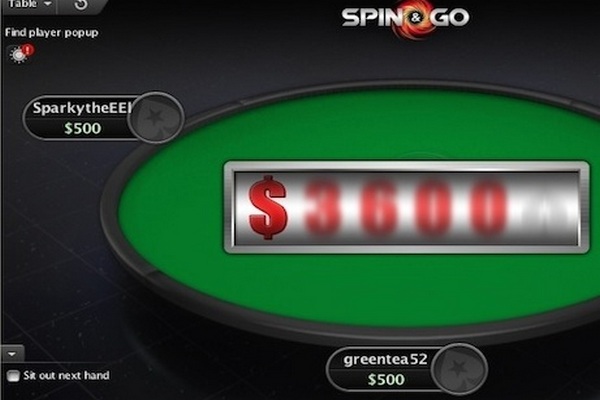 PokerStars’ Integrity Unit contacted the players via email to say they were due for a refund, because they participated in games that were believed to be in violation of the site’s terms of service.

This is actually nothing new or unusual. PokerStars occasionally offers refunds when it suspects something untoward has occurred in one of its games, such as collusion, for example.

Did Players Miss Something Big?

“1k$ refund means something really big happened, and I wonder how much was I affected, considering that you always get a really small portion of confiscated money from cheaters,” he mused. “It really looks like there might be huge problems that we didn’t see in spins.”

Of course, because the refunds related to Spin & Gos, where players are randomly seated, this is unlikely to be about collusion. But PokerStars won’t say exactly what it is about, or even at which specific games the mysterious “what” occurred.

“The integrity of the games at PokerStars is of paramount importance and appropriate action will always be taken when players operate outside the Terms of Service,” said the Integrity Unit in its email to players.

“PokerStars works hard to police the games in order to pro-actively prevent such instances. However, in cases where it is discovered that rules breaches have occurred, the aim is to ensure that any players affected are compensated appropriately.

“We regret that we will be unable to answer questions as to how your specific credit amount was calculated. Likewise, we are not at liberty to identify the specific games or player(s) in question. Suffice to say that the offender(s) have been barred from the site and you will not encounter them again.”

With collusion ruled out, and considering the possible scale of the violation, a bot ring is perhaps a likely suspect. It could also be down to transgressions by players using recently banned third-party assistance software.

Last year, PokerStars announced that it would restrict the use of HUDs and ban “any tool or reference material that offers commentary or advice that goes beyond a basic level, such as stack-size-based starting hand tables, decision trees or heads-up displays that dynamically change based on player action or card values.”

The truth is that often when something untoward occurs in online poker, it’s the players that spot it and expose it first. Not in this case, though, which means we will probably never know.

Things have really not been going well at PokerStars the last while it seems. Glad I don’t really play there.

why do things go well at PokerStars ?

why do pokerstars lie ?

Thank you very much for contacting us.

I am very sorry, but you have have been misinformed by these other players. We did not have any problems with our Spin and Go’s.

Therefore, I will not be able to give you a refund.

If you have any other queries please do not hesitate to contact us, and thank you for choosing PokerStars!

Things have definitely been on tilt at Stars, its a shame to see a site with so much potential get so much bad press. A lot is due to the new management that bought the site out.